Saturday, 12 December 2020 _Venezuela has disrupted a terror plot to attack its 146,000-barrel-per-day (bpd) El Palito refinery, says the country's oil minister, blaming Colombia and the US for the scheme. 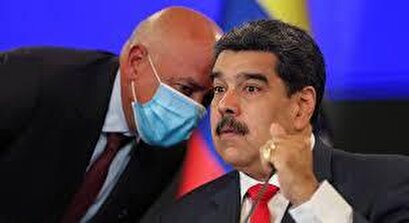 Tareck El Aissami announced Friday that the subversive plan was sponsored by the governments in Bogota and Washington, which – along with dozens of their allies – do not recognize elected Venezuelan President Nicolas Maduro and have repeatedly sought to topple his government by sponsoring local opposition groups as well as mercenaries.

“This terrorist plan was prepared in Colombia,” El Aissami pointed out. “It is also important to denounce that the US Central Intelligence Agency (CIA) and National Security Agency (NSA) had knowledge of the plan and advised the terrorists involved.”

He said the attackers also planned to blow up a pipeline supplying gasoline from the refinery to the Yagua fuel sorting station. El Palito had reportedly halted its gasoline output earlier this month.

President Maduro also unveiled back in October that Venezuela’s 645,000-bpd Amuay refinery was struck by a terrorist attack as well.

This comes as the once-prosperous member of the Organization of Petroleum Exporting Countries (OPEC) continues to suffer from chronic gasoline shortages due to persisting US sanctions aimed at destroying the country’s economy and toppling President Maduro. The sanctions have also disrupted Venezuela’s fuel imports and maintenance efforts at its 1.3 million bpd refining network.

The development also comes just days after Maduro disclosed a fresh assassination attempt against his life during the country’s latest parliamentary elections, which the ruling Socialist Party won by a landslide.