Saturday, 12 December 2020 _A new study conducted by research fellows from the University of Milan has found evidence of COVID-19 in a boy from the Milan area as early as the end of November 2019, months before the first identified coronavirus disease case in Italy and also earlier than the outbreak in Wuhan city, central China. 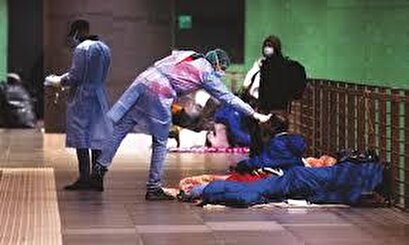 Local media said that the testing can detect the virus RNA (Ribonucleic Acid) genome, which means the result is more accurate than that from other testings.

The finding that was done in September this year analyzed 39 throat swabs collected from last September to February this year, with one testing positive.

This specimen came from a four-year-old boy living in Milan, and he had had no history of traveling abroad.

He began to develop symptoms of coughing and rhinitis since Nov. 21, 2019 and was sent to emergency on Nov. 30 for shortness of breath and emesis. Later he was denied to have suffered from measles (a disease common seen among children with similar symptoms) by his doctors.

Mario C. Raviglione, one of the paper authors for the finding, also a professor at the university, said the boy's symptoms match with those of the COVID-19, which means he had been infected with the virus one month earlier than the case first reported in China's Wuhan.

"In reality, when you go back and you find the presence of the RNA genome of the virus, then you can conclude that those symptoms are also those of COVID-19. Therefore, the conclusion is that was one case of COVID-19. A year ago, this child started having symptoms on the Nov. 21, which means that assuming there is an incubation period of three to four days, sometime around the middle of November he was infected by someone and we don't know," the professor said.

Pro. Raviglione and his team believed that although Italy announced its first lab-identified case in February 2020, sporadic cases may exist at the end of last year; and the outbreak will emerge when the virus transmission accelerates, which gives an explanation of why the first wave of the epidemic in Lombardy, a region that includes Milan, spread fast at the beginning of this year.