Tuesday, 15 December 2020 (YJC) _ US President Donald Trump has stepped up his attack on Michigan's voting machines and said there is 68% Error Rate in Michigan Voting Machines. 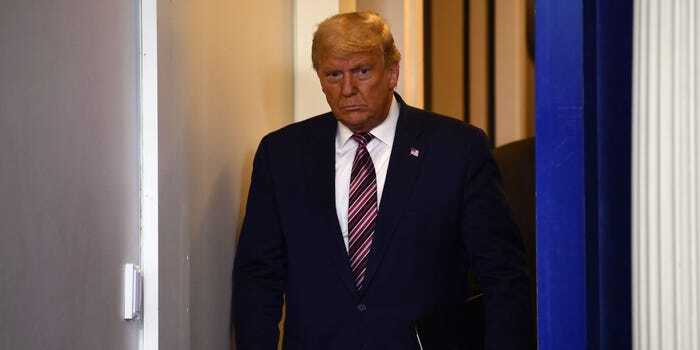 US President Donald Trump has stepped up his attack on Michigan's voting machines, alleging the machines showed a 68 percent error rate and that the state's Secretary of State, Jocelyn Benson, may have broken the law.

“68% error rate in Michigan Voting Machines. Should be, by law, a tiny percentage of one percent. Did Michigan Secretary of State break the law? Stay tuned!” he wrote on his twitter.

"Tremendous problems being found with voting machines. They are so far off it is ridiculous. Able to take a landslide victory and reduce it to a tight loss. This is not what the USA is all about. Law enforcement shielding machines," Trump wrote, in reference to his earlier claims about systemic irregularities in battleground states turning his election night leads into losses.

​Trump's Michigan remarks come in the wake of the release of a bombshell redacted court-ordered forensic audit of Dominion voting machines used in the state's Antrim County. The report, carried out by Texas-based cybersecurity firm Allied Security Operations Group, showed a 68 percent error rate in the tabulation of votes, far above the 0.0008 percent error allowance provided for by the Federal Election Commission.

The report also alleged that the error rate was a "feature," not a bug, of the systems, with Dominion machines apparently "intentionally and purposefully designed with inherent errorst to create systemic fraud and influence election results."