UNSC calls for withdrawal of mercenaries from Libya

Wednesday, 16 December 2020_The United Nations Security Council (UNSC) has demanded the exit of all foreign combatants and mercenaries from war-torn Libya. 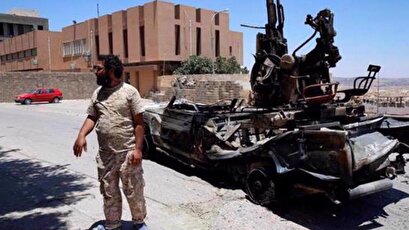 In a unanimous statement released following a closed-door video conference on Tuesday, all members of the UNSC called for the "withdrawal of all foreign fighters and mercenaries from Libya in line with the ceasefire agreement reached by the Libyan parties on 23 October, the commitments of the participants of the Berlin Conference and the relevant United Nations Security Council resolutions."

The 15-member body further underlined "the importance of a credible and effective Libyan-led ceasefire monitoring mechanism," which would operate under the auspices of the UN.

UN Secretary-General Antonio Guterres is due to submit proposals for the establishment of the mechanism at the end of December.

Libya has been in chaos since 2011, when a popular uprising and a NATO intervention led to the ouster of long-time dictator Muammar Gaddafi.

For the past six years, the country has been split between two rival camps, namely the UN-recognized government based in the capital, Tripoli, and another camp based in the eastern city of Tobruk, backed militarily by rebel forces led by strongman Khalifa Haftar.

The Libyan government receives major backing from Turkey, and the rebels from the United Arab Emirates, Egypt, and Jordan.

The conflict in Libya has escalated into a regional proxy war fueled by foreign powers pouring weapons and mercenaries into the country.