Iran rejects renegotiation of JCPOA as ‘absolutely not acceptable’

Wednesday, 23 December 2020 _Iran’s ambassador to the United Nations has rejected as “absolutely not acceptable” any proposal for the renegotiation of the 2015 nuclear deal, officially known as the Comprehensive Plan of Action (JCPOA). 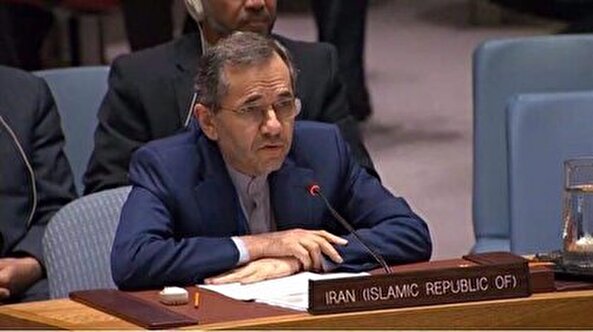 Majid Takht-Ravanchi made the remarks during a meeting of the United Nations Security Council on Tuesday, saying, “The JCPOA is an agreement coming out of hard-won negotiations involving difficult gives and takes, and any proposal for its revision, renegotiation or extension will be against resolution 2231 and absolutely not acceptable to Iran.”

The Iranian envoy said Tehran would not negotiate its legitimate ballistic missile program, and bullying policies of some world powers would not intimidate the country into relinquishing its defensive means.

Takht-Ravanchi also warned that any attempt to link the future of the landmark deal to extraneous issues is “doomed to fail.”

Elsewhere in his address to the UN Security Council, the senior diplomat said Iran has already gone out of its way to save the 2015 nuclear deal and should not be asked to pay a heavier price.

Takht Ravanchi said the US has imposed more than 15,000 sanctions against Iran over the past four years while European countries have utterly failed to uphold their commitments under the deal, particularly at a time that the Islamic Republic is battling the deadly coronavirus pandemic.