Wednesday, 23 December 2020 _Pakistan says anti-Israeli sentiments inside the country and similarities between Palestinian and Kashmir disputes provide sufficient grounds to reject the UAE efforts to normalize Islamabad's ties with Tel Aviv regime. Pakistan’s clear stance on this issue has come after its foreign minister’s visit to Abu Dubai. 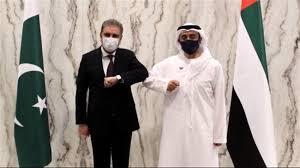 Pakistan had a fresh round of negotiations with the UAE in an effort to repair lingering strained relations between the two countries.

Pakistan has been under pressure from the UAE to normalize ties with the apartheid State of Israel since August this year when Abu Dubai recognized Tele Aviv.

For the first time, Islamabad publicly admitted about the existence of a lingering UAE demand to Pakistan to grant diplomatic recognition to Israel, something which Islamabad rejected after country’s foreign minister visit to Abu Dubai.

Foreign minister’s visit to Abu Dubai has followed suspension of visas to Pakistani citizens after alleged behind the scene threats to Islamabad to replace its 1.5 million expatriates if Pakistan resisted pressure to normalize ties with Tele Aviv.

Despite close brotherly relations with the UAE, tens of thousands of people protested against Abu Dubai after it normalized ties with Tele Aviv.

Political analysts believe that Israel has been desperately seeking to normalize ties with Pakistan hoping that if it happens, the other Muslim countries would also follow the suit. However, as observers say now the Israeli efforts through the UAE and Saudi Arabia to create compelling conditions against Pakistan to normalize ties have fallen flat.