Wednesday, 23 December 2020_The administration of US President Donald Trump has imposed a new round of sanctions to ramp up pressure on the government of Syrian President Bashar al-Assad before US president-elect Joe Biden takes office in January. 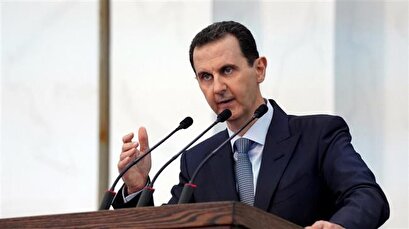 Syria's Central Bank, high-ranking figures and economic entities supportive of Damascus were targeted in the fresh US Treasury's sanctions.

"The US Department of the Treasury’s Office of Foreign Assets Control (OFAC) sanctioned a high-ranking official in the Syrian government; her husband, a member of the Syrian People’s Assembly; and their business entities," read a statement released on Tuesday by the US Treasury Department.

"In total, OFAC added two individuals, nine business entities, and the Central Bank of Syria to the SDN List, pursuant to Syria sanctions authorities," OFAC said in its released statement.

Non-Americans who engage in certain transactions with the individuals and entities targeted in the US sanctions may also be targeted with punitive measures, the US Treasury added.

The fresh sanctions on Syria was part of a continued effort to cut off funds for Assad's government.

Previous sanctions, which had also targeted Assad's British-born wife and were imposed on Syria earlier this year, marked another round in a US-led attempt to pressure Assad's government negotiate with ant-Damascus forces to end the country’s nearly decade-long war.

"The United States will continue to seek accountability for those prolonging this conflict," US Secretary of State Mike Pompeo said in a separate statement on Tuesday.

Millions of people have fled Syria and millions more have been internally displaced since the Syrian conflict started in 2011.