Ports in aggressor states will be targeted if Saudi-led siege continues: Yemeni FM

Foreign Minister in the Yemeni National Salvation Government, Hisham Sharaf Abdullah, has warned Saudi Arabia and its regional allies against continuation of the sea, land and air blockade on Yemen, stating that their ports and economically strategic sites will be targeted if such crippling measures are not abolished. 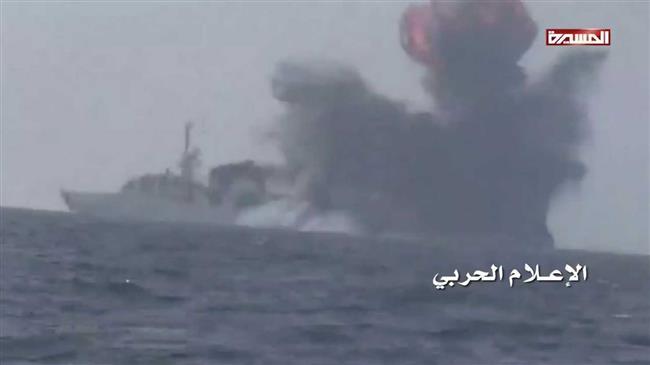 On Tuesday, Abdullah lambasted the Saudi-led coalition and administration of former Yemeni president Abd Rabbuh Mansur Hadi for practicing the policy of collective punishment against Yemeni people, emphasizing that their acts do not contribute at all to the political settlement of Yemen conflict.

He then called on the UN Special Envoy for Yemen, Martin Griffiths, to exert more efforts to immediately release Yemen-bound vessels loaded with oil derivatives, warning that Yemen was facing an acute crisis of energy supply on top of other problems.

The Yemeni foreign minister noted that although Saudi Arabia and the United Arab Emirates claim to support humanitarian relief work in Yemen, they continue to pursue a policy of starvation of Yemeni people and do not allow oil tankers to offload at Yemeni ports.

He went on to say that Abu Dhabi and Riyadh occasionally allow vessels to unload at Hudaydah port just to mislead the international community, while their military aggression and all-out siege continue unabated.

The official warned Saudi Arabia and its allies against continuation of the blockade, underlining that their ports would not be safe from Yemen attacks if the siege persisted.