Thursday, 24 December 2020_An estimated 12 million children face a nightmare in Yemen, where one child dies every ten minutes due to poor healthcare services and preventable diseases amid the ongoing blockade imposed by the Saudi-led coalition. 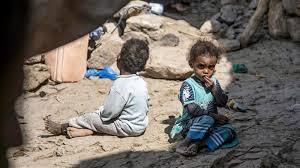 The numbers of affected children continue to grow each day. More than two million children are acutely malnourished and about 358,000 severely, meaning that some kids are already suffering under famine-like conditions.

Saudi Arabia has committed countless atrocities against children in Yemen.

The attacks have killed thousands of children and left thousands more suffering from disabilities, not to mention travel restrictions on thousands of patients, including children, who need to travel for treatment.

As the world is silently watching an entire people being deprived of the basics of life, Yemen has become the most dangerous place in the world for children to grow up, according to UNICEF.