Sunday, 17 January 2021_Health systems in the EU are buckling under pressure from new coronavirus cases resulting from the holiday period. New variants are raising concern. 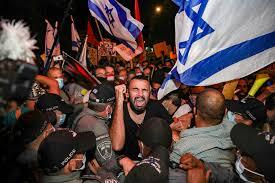 Businesses remain closed. These have been identified as major challenges for the Portuguese Government which has just taken over the rotating presidency of the EU. Critics say vaccination should currently be the only priority for EU authorities. The UK is approving jabs weeks ahead of the 27-country bloc.

Secrecy surrounds the number of vaccines going to each EU nation and how many people have so far received the jab. The European Commission says it is working with the European Centre for Disease Control to set up an information website.

And that cannot happen soon enough because a major criticism of the vaccination program in the EU relates to a lack of data. It is simply impossible to scrutinize or compare the performances of member states.

We have been talking to EU citizens in Brussels about the speed of the vaccines rollout. Cracks continue to appear within the EU's unity as countries move to secure vaccines independently of the European Commission. Adding to the woes is news that production of the Pfizer vaccine is being temporarily delayed.