Wednesday, 20 January 2021_Iran has prevented Saudi Arabia and the United Arab Emirates (UAE) from participating in the Conference on Disarmament as observers over the two regimes’ war crimes during their campaign of aggression against Yemen. 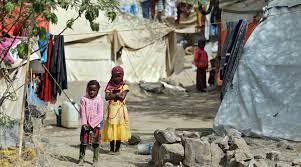 Speaking on Tuesday, Esmaeil Baghaei Hamaneh, Iran’s permanent ambassador to the UN office in Geneva, said the Islamic Republic had acted to block Riyadh and Abu Dhabi from joining the conference due to its concerns about the forum’s status as the only multilateral international institution in the nuclear disarmament sphere.

He warned that Saudi Arabia’s “destructive” attendance at the Conference on Disarmament would run counter to the forum’s goals and mission.

The kingdom can not have any constructive presence in the disarmament debates, the Iranian envoy said, noting, “As experience shows, that country (Saudi Arabia) only abuses the meetings and discussions at the Conference on Disarmament to distract public opinion and pin the blame on others for its own mistakes and crimes in Yemen.”

Baghaei Hamaneh also blasted Saudi Arabia for playing a destabilizing role in the region by forming a military coalition against its southern neighbor.

The Saudi-led offensive against Yemen has slaughtered civilians, devastated the impoverished county’s infrastructure and fueled regional insecurity and instability, he added.