Wednesday, 20 January 2021_Russia has shrugged off calls by certain European states for sanctions against Moscow over Alexei Navalny, not heeding the West's calls to release the opposition figure, who returned to the country following recuperation in Germany from alleged poisoning. 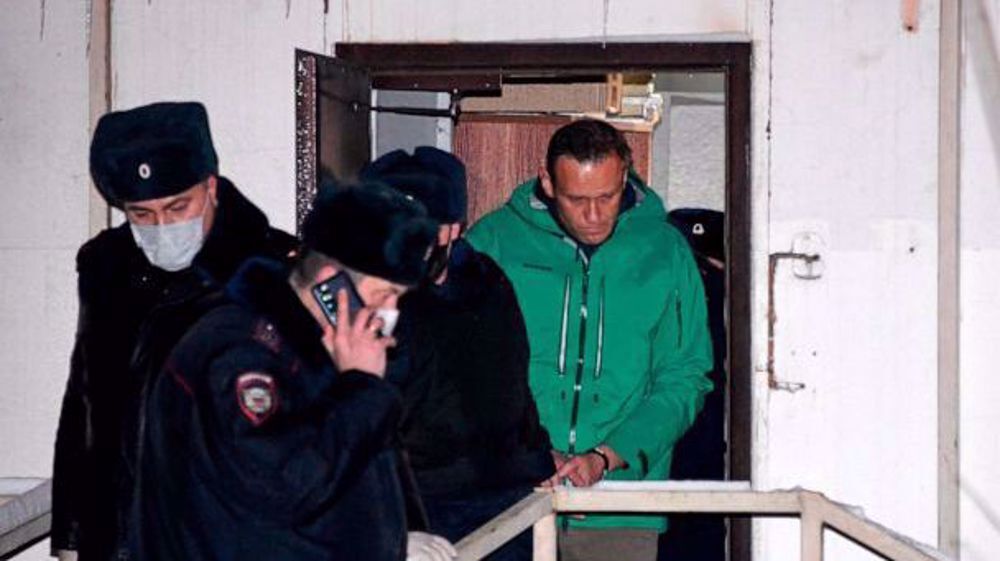 Russian President Vladimir Putin’s official spokesman, Dmitry Peskov, said on Tuesday that Navalny’s case was a matter for the prison service to decide about, and required no special intervention from the government.

Western states have called on Moscow to immediately release Navalny. Lithuania, Latvia and Estonia have even urged the European Union to impose sanctions against Moscow over the case.

Peskov said that “we hear” the calls from the European Union, the United States, and their allies, “but we aren’t going to take them into account.”

“We are talking about the fact that a Russian citizen has not followed Russian law. This is entirely an internal matter, and we won’t allow anyone to interfere,” the Russian spokesperson said.

Russian police detained Navalny on arrival at Moscow’s Sheremetyevo Airport from Germany on Sunday, five months after he was transferred to a hospital in Berlin to be treated for what the West alleged had been a nerve agent attack by Moscow.

Russia denied the allegation, describing it as a provocation of Western intelligence services aimed at justifying more sanctions against Russia.