Wednesday, 20 January 2021_Guatemala has returned thousands of Honduran asylum seekers to the El Florido border crossing in buses and trucks, following a crackdown on their caravan by the country’s security forces at the weekend. 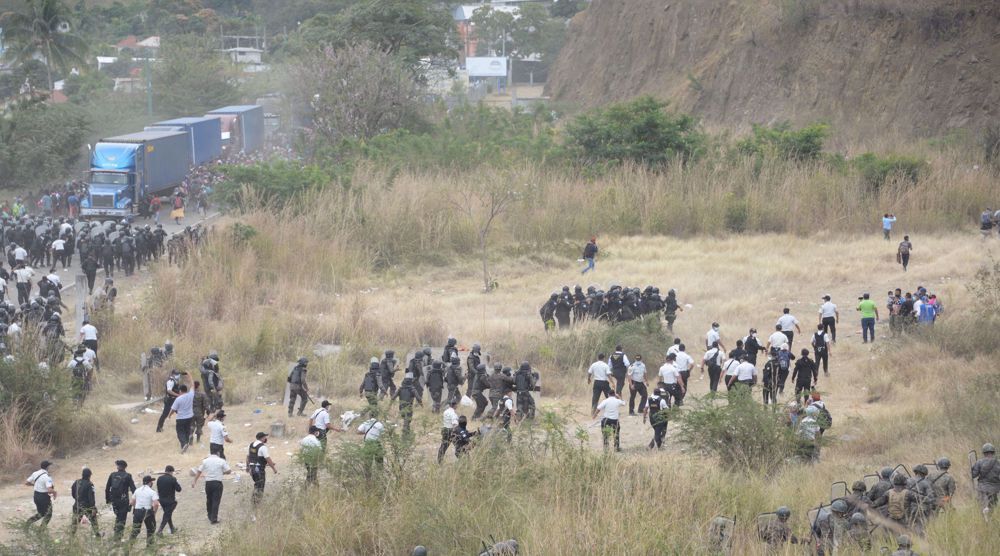 The Hondurans, fleeing poverty and violence, were heading to the United States in the hope of a better life, just as the new administration of President-elect Joe Biden was about to enter the White House.

On Saturday, Guatemalan authorities escalated efforts to stop the US-bound caravan in the village of Vado Hondo, near Chiquimula in eastern Guatemala.

The asylum seekers waited to be allowed to pass, sleeping outdoors and blocking a key road.

On Monday, security forces used tear gas and batons to clear the road and break up the caravan after failed dialog with the asylum seekers.

Several people were hurt, and police were hit by stones hurled by some in the group.

The Guatemalan government then provided buses to ferry the Hondurans back to the El Florido border crossing, where as many as 9,000 asylum seekers, some of them families with children, had entered the country since Friday.

Some in the caravan fled into the mountains during the road clearance, saying they did not want to board the buses.

"If we had money, we would not be here heading north. They treat us like dogs, it should not be like this,” said a Honduran woman.