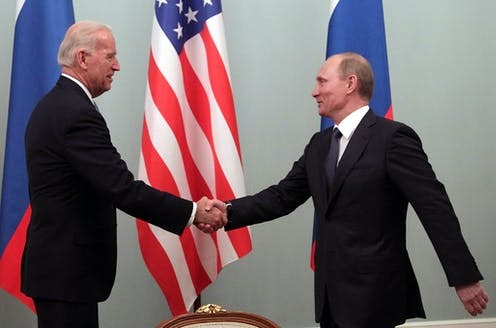 President Joe Biden wants to extend the New START treaty with Russia, which is two weeks away from expiring, the Washington Post reported citing two anonymous US officials. The Democrat team had long been in doubts about extending the treaty but recently made up its mind to seek an extension because the accord's expiry date is rapidly approaching, the source reportedly said.

"New START is manifestly in the national security interest of the United States and makes even more sense when the relationship with Russia is adversarial", an anonymous US official told the newspaper.

At the same time, Biden is not reportedly planning to "reset" the relations with Kremlin as his former boss, President Barack Obama, did in 2009. The Washington Post sources say the new administration plans to "impose new costs" on Russia and "hold [it] accountable" over Moscow's alleged "reckless and aggressive actions" in recent years.

Earlier, Biden's nominee for the office of the Secretary of State, Antony Blinken, stated during his confirmation hearing at the Senate that extension of the New START treaty, which severely limits the two powers on the number of nuclear armaments they can deploy, is in the US national interests. He cited "tremendous access to data and inspections" as one of the key positive moments of keeping the accord alive.

The former administration of US President Donald Trump sought to negotiate a temporary extension to the treaty in 2020 for one year. The Republican and his team, however, sought to make a number of additions to the temporal extension, such as freezing all nuclear warheads production and including China into the treaty. Beijing turned down the offer. Moscow, despite being initially reluctant, agreed to the modifications of the US side. However, despite that, Washington itself backed down from the negotiations leaving the nuclear accord's fate to the incoming Biden administration, which would have little over two weeks to negotiate the extension.