Friday, 22 January 2021 (YJC)_ US Senate Majority leader said that Trump's impeachment article will be delivered to Senate on Monday. 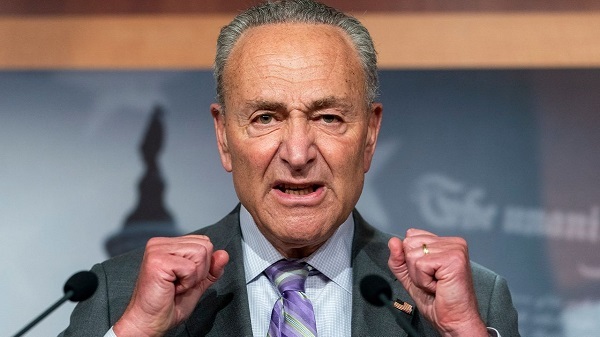 US Senate Majority leader Chuck Schumer said that Trump's impeachment article will be delivered to Senate on Monday.

He added that the Senate will conduct a full and fair impeachment trial of the former US President Donald Trump.

The procedure will start a trial that could ban Trump from holding office again, Schumer added.

Trump has become the first president in US history to be impeached twice. He was first impeached on 16 January 2020 over an abuse of power and obstruction of Congress charges. He was acquitted on 5 February. He was then impeached last week over "incitement of insurrection" after the US Capitol riots on 6 January.

However, experts say it’s unlikely that Trump would be convicted, with the Senate divided 50-50 between the two parties, and a conviction needing a 2/3 Senate majority vote.

Share to
Related News
Former Defense Secretary: If my replacement is 'a real yes man' then 'God help us'
CIA whistleblower forced to live under surveillance
US embarrassed by ‘worst debate ever’
Democrats not serious to stop US weapons sales to the Saudis: Former US diplomat
Tags
Chuck Schumer ، US ، impeachment ، donald trump
Your Comment