Saturday, 23 January 2021_China has introduced a new law that allows its coast guard, for the first time, to open fire on foreign vessels deemed to pose threats, a move that could make the contested waters around China more turbulent. 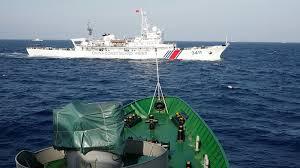 On Friday, the Standing Committee of the National People's Congress, which is China’s top legislature, passed the Coast Guard Law, state media reported.

According to the draft of the bill published earlier, forces of the coast guard are allowed to use “all necessary means” to stop or prevent threats from foreign vessels.

It also specified in detail when different kinds of weapons - hand-held, shipborne or airborne – can be used against foreign vessels.

China claims sovereignty over nearly the entire South China Sea. The strategic body of water serves as a gateway to global sea routes, through which about 3.4 trillion dollars of trade passes each year. Vietnam, Taiwan, the Philippines, Malaysia, and Brunei have overlapping claims with China to parts of the sea.

China has also maritime sovereignty disputes with Japan in the East China Sea. Tokyo and Beijing have for several years been locked in a territorial row over a small group of uninhabited islands in the sea, known respectively as the Senkaku or Diaoyu islands.

China maintains that it has indisputable sovereignty over the islands but the Japanese government regards them as a part of its territory.

The Chinese navy has reportedly sent its coast guard to chase away fishing vessels from other countries, sometimes resulting in the sinking of these vessels.