Sunday, 24 January 2021 _At least 11 fighters from Iraq’s Popular Mobilization Units (PMU), better known as Hashd al-Sha’abi, have been killed in an ambush by Daesh terrorists north of the Iraqi capital, according to security sources. 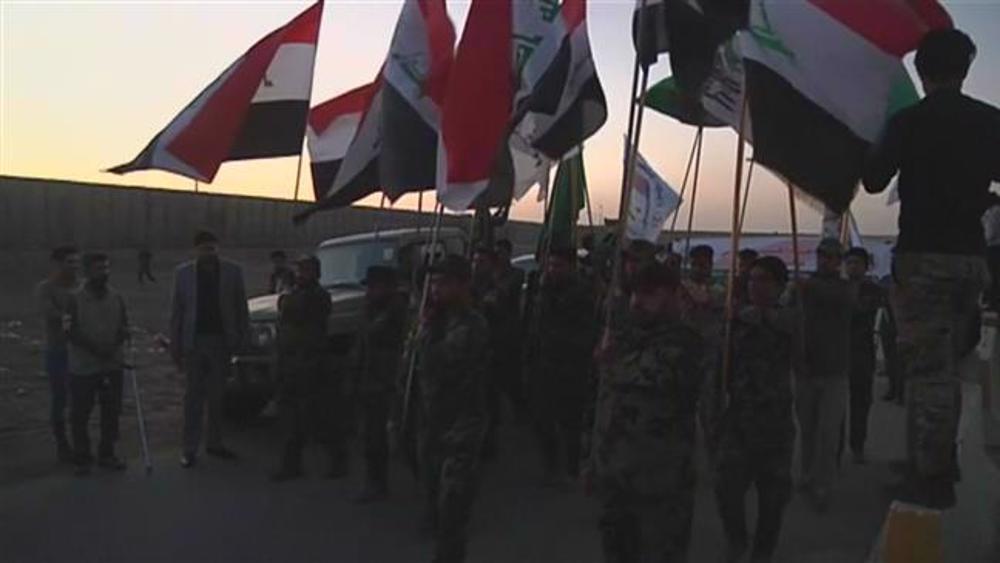 The terrorists used light weapons and the cover of darkness to target the PMU fighters east of Tikrit, the capital of Iraq’s Saladin province, on Saturday.

One of the Hashd al-Sha’abi officers, named Abu Ali al-Maliki, told AFP that the attack targeted the PMU’s Brigade 22.

He said the brigade commander was among those killed before reinforcements from the federal police came to the unit’s aid.

There was no immediate claim of responsibility, but security sources interviewed by AFP blamed Daesh.

Meanwhile, a member of the Iraqi Parliament’s Security and Defense Commission announced on Saturday that a group of Saudi terrorists have entered the Iraqi territory via the Arar border crossing with the KSA.

Speaking to Iraq’s al-Maalomah news website, Mehdi Taqi urged security forces to control Arar crossing and closely inspect the checkpoint as it has turned into a gate for arrival of terrorists and suicide attackers in Iraq.

He also blamed Iraqi Prime Minister Mustafa al-Kadhimi for the Thursday blasts in Baghdad, and said the premier has failed in controlling the country’s security conditions.