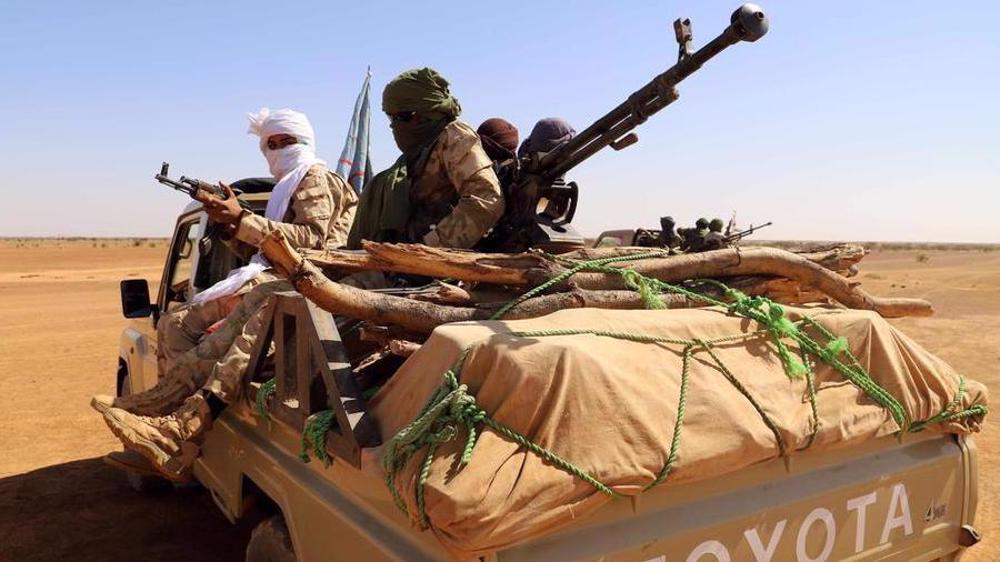 The army said 18 soldiers were also wounded in the "complex and simultaneous" attacks which occurred in the villages of Boulkessi and Mondoro at around 3:30 am (0330 GMT) on Sunday.

According to the statement, an ensuing gunfight between the gunmen and the army troops left “around 30 dead on the terrorist side”.

The army said around 40 motorcycles and a large amount of military gear were also seized from the assailants.

No group has yet claimed responsibility for the attacks.

Mali has become increasingly engulfed in violence since a Tuareg uprising in 2012 was hijacked by extremist militants, prompting France to intervene to push them back.

The French mission began operating in Mali in 2013 to allegedly counter militants that Paris claims are linked to the al-Qaeda and Daesh terrorist groups.

Some observers have, however, cited suspicions about the actual goal sought by Paris inside the former colony, which boasts rich mineral reserves.

The military presence has, meanwhile, given rise to some anti-French sentiment. Last January, hundreds of people took to the streets in the capital Bamako to protest the foreign presence.

Violence, however, has steadily worsened in the region with militants using northern Mali to launch attacks on neighboring countries.