Monday, 25 January 2021_Israel is likely to bring up its concerns over a possible International Criminal Court (ICC) investigation into war crimes committed by the Israeli regime against the Palestinians in early meetings with US President Joe Biden, a report says. 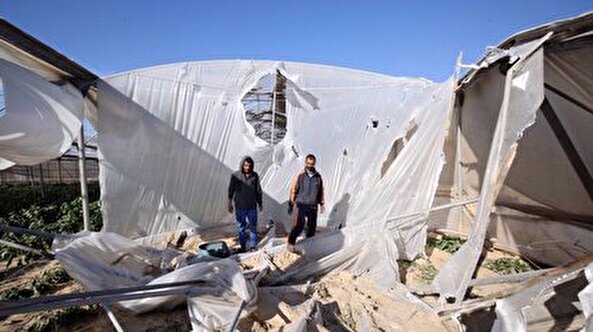 “The outgoing administration sanctioned the ICC, and we supported this pressure,” the Jerusalem Post cited an Israeli official with knowledge of the matter as saying on Sunday.

“This will be one of the issues we are eager to raise with the incoming administration.”

Referring to the ICC investigation into the US war crimes in Afghanistan, the official said, “We would hope that we can find common ground with the incoming administration.”

Neither Biden nor senior members of his administration have announced what their position will be on the issue.

In December, ICC chief prosecutor Fatou Bensouda announced that a five-year preliminary examination of the “situation in the state of Palestine” had provided her with "reasonable basis to believe that war crimes were committed" by Israel.

A decision to open the probe has been suspended since December 2019 to avoid a confrontation with the Trump administration, according to reports.

Palestine was accepted as an ICC member in 2015, three years after signing the court's founding Rome Statute, based on its "observer state" status at the United Nations.

Both Israel and the US have refused to sign up to the ICC, which was set up in 2002 to be the only global tribunal trying the world's worst crimes, war crimes and crimes against humanity.

Both have claimed they have credible legal systems that can properly adjudicate human rights violations which make ICC intervention dispensable.