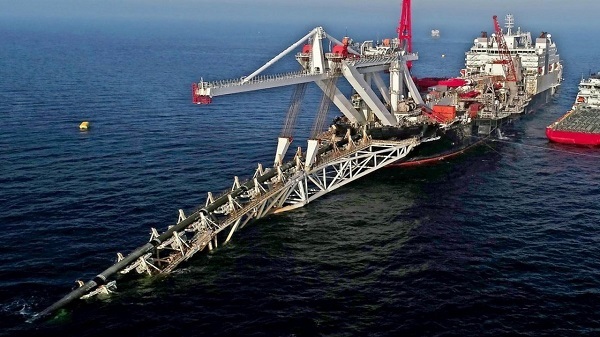 President Joe Biden's team will review measures undertaken by the previous administration on the Nord Stream 2 pipeline, White House Press Secretary Jan Psaki told reporters in a press briefing on Tuesday, adding that the newly sworn-in head of state continues to believe that the gas project is a bad deal for European countries.

“We are aware that the previous administration imposed new restrictions on activities related to the pipeline under the National Defence Authorisation Act, and we will be reviewing those measures”, Psaki said. “And so, he [Biden] looks forward to continuing to consult with our European partners on this issue”.

On Sunday, the operator of the pipeline, Nord Stream 2 AG, announced that the Russian pipe-laying vessel Fortuna had begun work in Danish waters.

Earlier, the US Department of Treasury on Tuesday imposed sanctions on the vessel and its owner KVT-Rus over the gas-exporting route. Sanctions also targeted the Russian oil tanker Maksim Gorki, Rustanker, and the associated Sierra oil tanker.