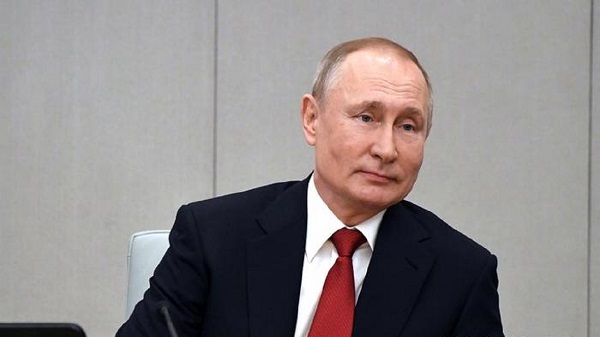 Russian Federation President Vladimir Putin told the international leadership at Davos that “Russia, Turkey and Iran have done a lot to stabilize the situation in Syria. And we’ve been helping to establish political dialogue in this country along with other countries we’ve been doing together and it’s been pretty successful.”

And right now, when countries need humanitarian assistance, displaced persons need to go back to their homes, infrastructure needs to be restored, monuments need to be restored religious sites to Russia, Saudi Arabia and the US.

This format has been a role model of cooperation between countries which could have divergent and polarising opinions on world affairs.”

Putin called for a more inclusive economy, noting that most of the profit from globalisation has reached only 1 per cent of the world’s population.

“We all know that competition between the nations has never stopped and will never stop.  And we will see that the number of conflicts is increasing worldwide, while the international security architecture is falling apart.

“We’re seeing a spiraling of conflicts,” Putin said. “And as we know, the inability to address issues in a peaceful way resulted in World War II in the 20th century, I very much hope that such a hot conflict will not be possible during our era. But again, the situation can develop in an unpredicted way in an unmanageable way. We need to take action to avert that.”

Share to
Related News
Russia has sent 100,000 tonnes of wheat to Syria since start of 2020: Lavrov
UN marks 'bleak milestone' of 80 million displaced people worldwide
Russia pessimistic about improvement of ties with US even under Biden
Man Arrested in Athens And Charged with Crimes Committed While Serving With ISIS
Tags
vladimir putin ، putin ، Iran ، turkey ، syria
Your Comment