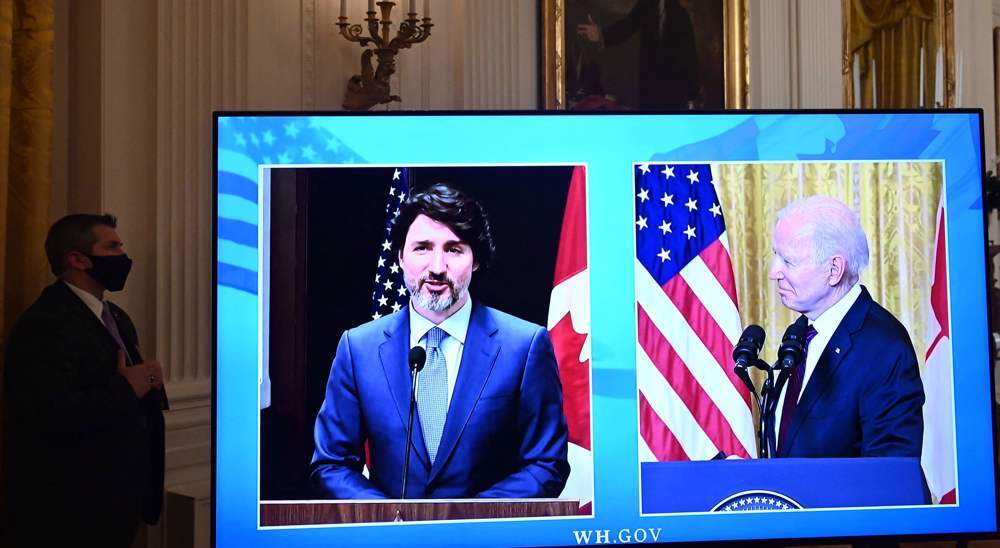 The United States has no closer friend, no closer friend than Canada," Biden told Trudeau during an online bilateral meeting on Tuesday to provide a "roadmap" for better relations.

"That's why you were my first call as president (and) my first bilateral meeting," Biden added.

Biden said the dispute between Canada and China over the detention of two Canadian nationals was related to Washington, insisting that the two jailed Canadians, Michael Spavor and Michael Kovrig, needed to be released.

Kovrig and Spavor, who were arrested in China in December 2018, were charged with suspected espionage in June last year. Their arrest came soon after the financial director of Chinese telecommunications giant Huawei, Meng Wanzhou, was taken into custody in Canada on a United States warrant.

Biden implied that the two were being used as "bartering chips," adding, "We're going to work together until we get their safe return."

Biden also said the two leaders would work together closely in the pursuit of economic prosperity in order to strengthen the North American economy, supply-chain security, and resilience for all its people, "not just those at the top."

Trudeau, for his part, called the relations between the two countries as "extraordinary."

Canada's premier welcomed the advent of Biden's administration and said US leadership had been "sorely missed" in the turbulent past years before his arrival, in an apparent criticism of former president Donald Trump, who had a sometimes tense personal relationship with Trudeau.

Trudeau now hopes to revive relations with the US to coalesce against a rising China.