The United States will seek to reengage with the UN Human Rights Council that former Republican President Donald Trump withdrew from in 2018. 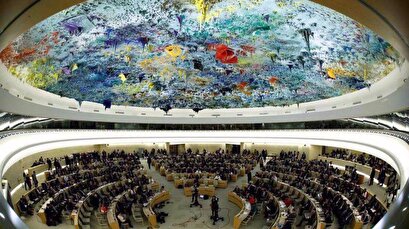 Addressing the council by recorded video on Wednesday, US Secretary of State Antony Blinken said the administration of President Joe Biden will seek election to the organization later this year.

The council was established in 2006 and Washington joined it in 2009 after Democratic President Barack Obama came to power.

Annual elections for three-year membership on the 47-member council are slated to be held at the UN General Assembly in October.

“I’m pleased to announce the United States will seek election to the Human Rights Council for the 2022-24 term. We humbly ask for the support of all UN member states in our bid to return to a seat in this body,” Blinken said.

The Trump administration took issue with the body’s membership, which includes China, Cuba, Eritrea, Russia and Venezuela, all of which the US has accused of human rights abuses.

The former administration withdrew the US from the Geneva-based council, accusing the body of hypocrisy and being biased against the Israeli regime.

In his address, Blinken said that the Biden administration will work to remove what he called the Geneva forum’s “disproportionate focus” on US ally Israel.

“As the United States re-engages, we urge the Human Rights Council to look at how it conducts its business. That includes its disproportionate focus on Israel,” he said.

Following the US withdrawal in 2018, Human Rights Watch said Washington's move was "a sad reflection of the US administration's one-dimensional rights policy," adding that the US' defense of Israeli abuses took precedence above everything else.

In May of the same year, UN human rights chief Zeid Ra'ad al-Hussein said Israel had systematically deprived Palestinians of their human rights, with 1.9 million in Gaza "caged in a toxic slum from birth to death."

The UN official backed calls for an international probe into Israeli war crimes in Gaza after the regime’s deadly reaction to protests along the Gaza fence which he described as "wholly disproportionate."