Wednesday, 24 February 2021 (YJC)_The top Republican on the Senate Armed Services Committee has "serious concerns" over the nomination of Colin Kahl. 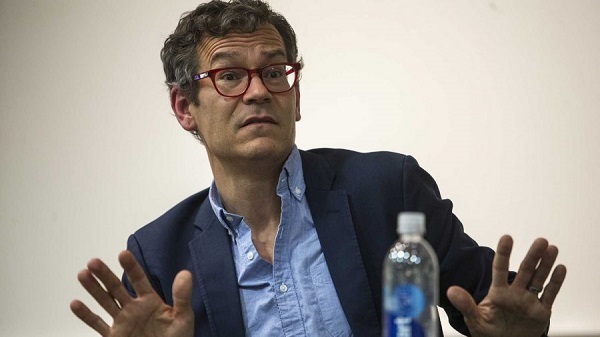 The top Republican on the Senate Armed Services Committee has "serious concerns" over the nomination of Colin Kahl, President Joe Biden's pick to run the Pentagon's policy shop.

The news comes as the committee plans to hold a confirmation hearing on March 4 for Kahl, according to three congressional aides.

Republican opposition is brewing over Kahl’s involvement in crafting the controversial 2015 Iran nuclear deal and other aspects of his record in working on Middle East policy in the Obama administration, five people familiar with the nomination told POLITICO.

Kahl’s confirmation hearing has been delayed for weeks as the Biden administration works to confirm Cabinet members. Biden’s picks are at the mercy of a 50-50 Senate, meaning one Democratic defection could spell doom if all Republicans oppose a nominee. The nomination of Neera Tanden, for example, Biden’s pick to lead the Office of Management and Budget, is in peril after Democratic Sen. Joe Manchin signaled his opposition to the choice.

Another person with knowledge of the discussions said the GOP opposition to Kahl is political. The Republicans “want a scalp, and for some reason have picked out Colin,” the person said.

Kahl declined to comment. Pentagon spokesperson John Kirby said "If confirmed, Dr. Kahl’s record of public service and considerable expertise will make him an exceptional Under Secretary of Defense for Policy."

During Kahl’s time in the White House, he was a key player in shaping the campaign against the Islamic State, and was a strong advocate of the Iran deal. He later warned that if President Donald Trump walked away from the agreement, as he did in 2018, Iran would ramp up its nuclear activities and regional provocations.

As the Pentagon’s Middle East policy chief from 2009 to 2011, he oversaw a series of military deployments to the Gulf to counter Iranian aggression. In that position, Kahl also helped implement the Iraq drawdown, and worked to strengthen defense ties with Israel. In the summer of 2009, he worked to approve U.S. support for Israel’s Iron Dome rocket defense system.

It's unclear how widespread the Republican opposition to Kahl is on the Armed Services Committee and in the wider Senate.