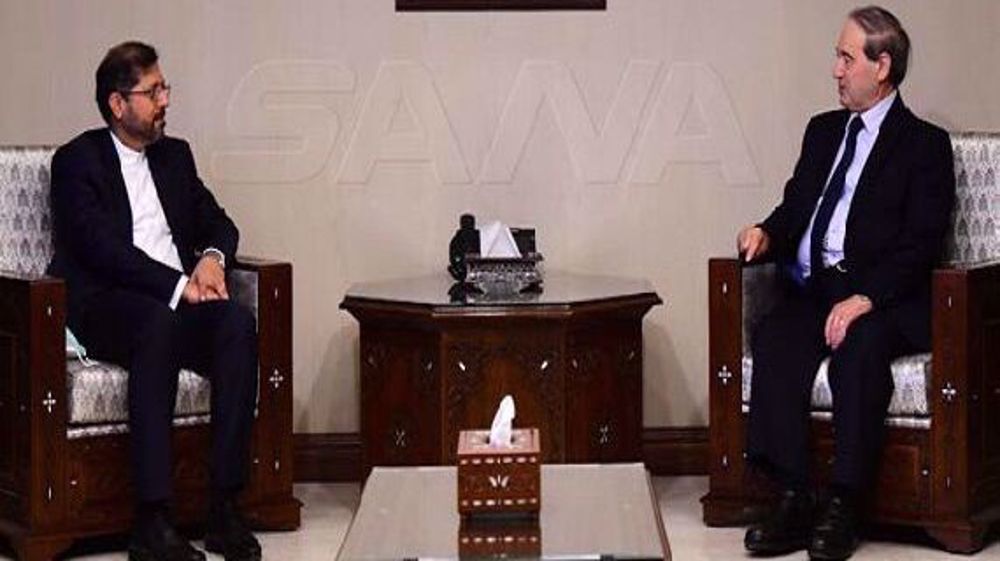 In a meeting with Mekdad in Damascus on Wednesday, Khatibzadeh reiterated Iran’s support for Syria to realize a solution that would restore security and stability to all Syrian territory and preserve its sovereignty, independence and unity.

The two sides also discussed Iran-Syria ties, particularly in the fields of media, culture and science, as well as the latest regional developments and the importance of enhancing ties in line with the interests of the two friendly states.

Mekdad, for his part, underlined the need for making use of media to thwart the West’s disinformation campaign.

He also called for intensifying attempts to confront common security challenges in the region, denouncing the inhumane economic restrictions imposed by the Western countries on the Syrian nation.

The top Syrian diplomat further reaffirmed Syria’s stance in support of Iran’s position on the 2015 nuclear deal, officially known as the Joint Comprehensive Plan of Action (JCPOA), rejecting efforts to distort the image of Tehran or hold it responsible for the unilateral US withdrawal from the accord in 2018.

Iran began providing Syria with advisory military assistance after numerous countries, at the head of them the US and its Western and regional allies, started funding and arming terrorists with the aim of deposing Syrian President Bashar al-Assad’s government.

Despite initially losing considerable expanses of territory to Daesh and other terror outfits, the Arab country, however, rallied with the help of Iran and Russia, and reversed the balance in favor of itself on the battleground.

In a separate meeting with the Syrian information minister, Khatibzadeh said the countries that targeted Syria failed to achieve their objectives on the battlefield and thus resorted to an economic and media war to “tighten the noose around the Syrian people and mislead public opinion.”