Thursday, 25 February 2021_The Iranian envoy to the UN says there is no need for negotiations over America’s potential return to the 2015 nuclear deal, and that Washington must secure a return to the accord by lifting its sanctions within the next three months, a timeframe agreed between Tehran and the UN nuclear watchdog over nuclear inspections beyond the February 21 deadline set by Iran. 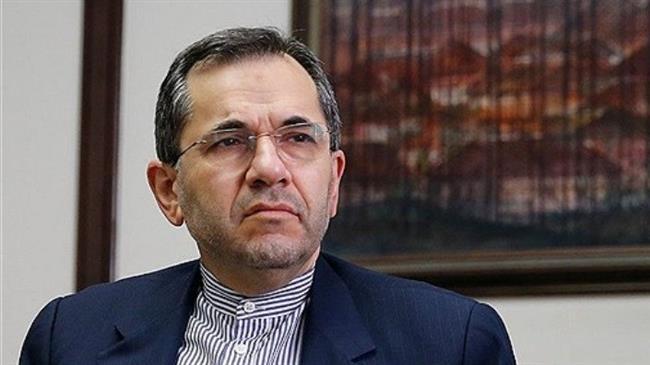 No talks are needed to pave the way for the US’s return to compliance with the Joint Comprehensive Plan of Action (JCPOA), as the deal is formally named, said Majid Takht-Ravanchi in an interview with Al Jazeera Arabic, excerpts of which were released late on Wednesday.

Takh-Ravanchi said Washington must remove the sanctions it re-imposed on Iran after unilaterally withdrawing from the JCPOA in May 2018, adding, “If sanctions are lifted within the next three months, Iran will act in line with its commitments.”

Elsewhere in the interview, which is set to be broadcast in full on Friday, the senior Iranian diplomat explained that the counter-measures that Iran began to take a year after Washington’s exit do not amount to an escalation of tensions.

The comments come days after Iran stopped the voluntary implementation of the Additional Protocol to the Non-Proliferation Treaty (NPT) Safeguards Agreement — which allows snap inspections by the International Atomic Energy Agency (IAEA) of nuclear facilities — under a law passed by the Iranian Parliament requiring the administration to tighten its retaliatory measures.

The law had set February 21 as the deadline for the removal of US sanctions against Iran before Tehran goes ahead with the halt in the IAEA’s additional inspections two days later.

On the day of the deadline, however, Tehran and the IAEA reached “a temporary bilateral technical understanding,” as part of which the UN nuclear watchdog would continue its “necessary verification and monitoring activities for a period of up to three months.”

The Atomic Energy Organization of Iran said the Islamic Republic had agreed to keep recording information on its inspection equipment for three months without granting the IAEA access.

“If the sanctions are completely lifted within three months, Iran will give this information to the agency. If not, the information will be deleted forever,” it added.

The future of the JCPOA has been in doubt since May 2018, when the US under ex-president Donald Trump pulled out of the agreement and imposed the “toughest ever” sanctions on Iran as part of his so-called “maximum pressure,” which tried in vain to force Iran back to the negotiating table for talks on a “better deal.”

Despite throwing verbal support behind the JCPOA, the European parties to the deal — France, Britain and Germany — ultimately succumbed to Washington’s pressure and failed to fulfill their contractual commitments to Tehran, mainly by confronting the American sanctions.

That promoted Tehran to begin a set of retaliatory measures in several stages as part of its legal rights stipulated in Articles 26 and 36 of the JCPOA. The latest such measure was the halt in the implementation of the Additional Protocol, which was required by the parliament-adopted law.

The new US administration has repeatedly spoken of a willingness to rejoin the Iran deal, but, in practice, it has so far been sticking with Trump’s futile pressure campaign. It says Tehran should return to full compliance with the deal before the US comes back.