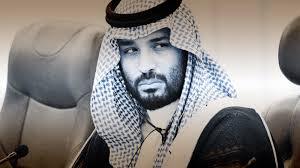 “We reiterate our call to the authorities to release Mr Ali al-Nimr, Mr Dawood al-Marhoon and Mr Abdullah al-Zaher or, at the very least, to retry them in accordance with international law and standards, without delay,” the experts said in a Wednesday statement, calling for the charges to be dropped.

Saudi Arabia's state-backed Human Rights Commission said last month that the death sentences given to Nimr, Marhoun and Zaher have been commuted to 10 years in prison.

Ali al-Nimr is the nephew of Sheikh Nimr al-Nimr, a Saudi cleric who had called for reforms and was executed by the Riyadh regime in January 2016.

Ali was sentenced to death over his alleged role in anti-regime protests in Eastern Province in February 2012, when he was 17.

Since 2011, protesters in the province have been demanding reforms, freedom of expression, the release of political prisoners, and an end to economic and religious discrimination against the oil-rich region.

The Saudi Human Rights Commission said on February 7 that Nimr’s sentence has been commuted. He has served more than nine years in jail since his arrest.

“We continue to receive allegations of torture and ill-treatment to extract confessions, and in relation to the imposition of the death penalty for crimes which do not meet the threshold of ‘most serious crimes’, required under international law,” the experts said.

Agnes Callamard, the UN investigator on summary killings, was among the experts.