Saturday, 06 March 2021 (YJC)_ Envoy of Islamic Republic of Iran to Pakistan says all doors are open for the development of relations with Pakistan. 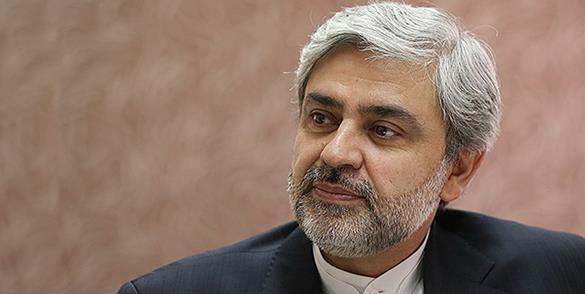 In an interview with Pakistan ‘Such Tv’ news channel, Ambassador of Islamic Republic of Iran to Pakistan, Seyed Mohammad Ali Hosseini said says all doors are open for the development of relations with Pakistan.

"Fraternal relations between the two countries are not affected by Iran's relations with any country,” Hosseini said while adding that based on Supreme Leader’s speech “all doors are open for the development of Iran-Pakistan relations.”

Elsewhere in his remarks he said that “So far, we have fulfilled our obligations to Pakistan in various contracts. Now we are waiting for the Pakistani brothers to fulfill their obligations under joint cooperation projects.”

“We are also working on barter trade with Pakistan and have been cooperating on the establishment of border markets,” he noted.

The ambassador said Iran has been resisting the American hegemony for the last forty years and has turned sanctions into an opportunity.

He went up to say that even the neighbors and friends of Iran are being affected due to these unjustified sanctions and added “"Our friendly and neighboring countries have naturally been affected by these sanctions, and our financial and banking cooperation are subject to these sanctions.”

The ambassador also informed of the upcoming visit of the Chief of Staff of the Iranian Armed Forces, Major General Bagheri to Pakistan.