The people protesting against Israeli Prime Minister Benjamin Netanyahu in for the 37th consecutive week have been violently attacked, according to Israeli media. 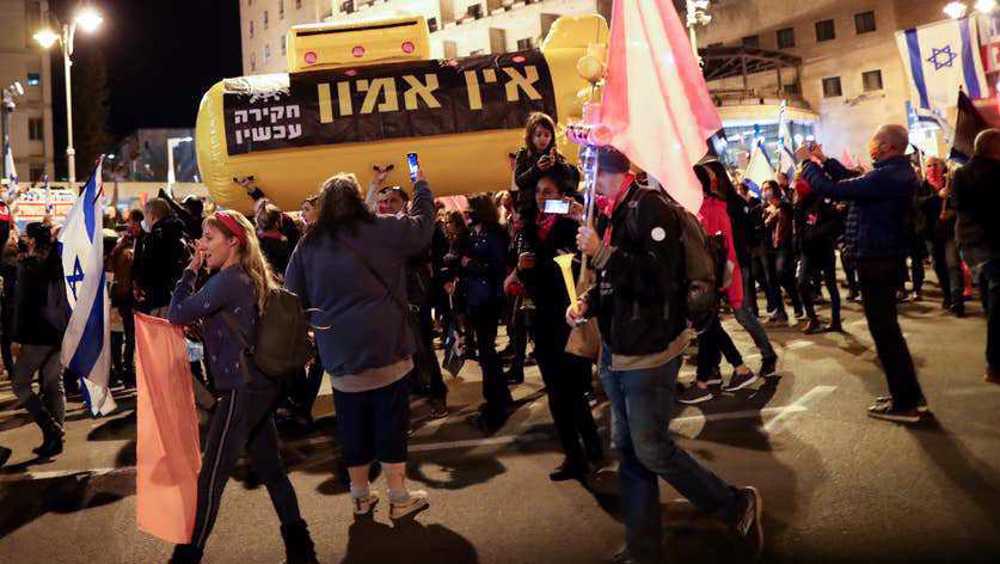 The protesters held rallies outside the Prime Minister’s residence in Jerusalem al-Quds, in front of Netanyahu’s private residence in Caesarea and at dozens of highway intersections and bridges around the occupied territories.

The Saturday evening’s protests were held for the 37th week in a row, with protesters reporting violent attacks against them.

A protest rally was also held in Hadera, where the prime minister was expected to attend a gathering, organized by his Likud party in a show of support. Likud cabinet ministers were expected to participate in the rally.

The anti-Netanyahu Black Flag movement issued a statement that made reference to the corruption charges against Netanyahu.

Israel heads to the polls on March 23 in its fourth elections in two years. The incumbent prime minister is to see his legal woes out in the open during election campaign.

In November last year, Netanyahu was indicted for “receiving a bribe, fraud, and breach of trust” in four corruption cases.

As the most serious case of charges, Netanyahu has been accused of offering regulatory favors for media executives worth about 500 million dollars in return for securing positive press coverage that helped him win re-election twice.

In lesser charges of fraud and breach of trust, he is indicted for negotiating a deal with the owner of the Israeli newspaper Yedioth Ahronoth for better coverage. In return, the prime minister allegedly promoted legislation that would slow the growth of a rival newspaper.

And, Netanyahu and his wife have been charged with receiving expensive jewelry, cigars and champagne as gifts from a Hollywood producer and Israeli ‘citizen,’ and an Australian billionaire.