Monday, 08 March 2021 _Saudi Arabia has confirmed that a Yemeni drone attack targeted a petroleum tank farm at Ras Tanura port and a ballistic missile targeted Saudi Aramco’s facilities in the city of Dhahran. 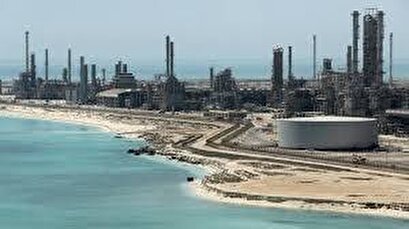 In a statement on Sunday, a spokesman for the Saudi Energy Ministry acknowledged that a drone coming from the sea hit one of the petroleum tank farms at the Ras Tanura Port – one of the largest oil shipping ports in the world, in the morning.

The spokesman also said a "ballistic missile’s shrapnel" fell near Saudi Aramco’s residential area in the city of Dhahran after it was intercepted.

None of the attacks resulted in any injury or loss of life or property, the spokesman added.

Saudi Defense Ministry spokesman Brigadier General Turki al-Malki claimed in a statement later on Sunday that both attacks were intercepted before reaching their targets.

The oil market reacted to the news as details of the retaliatory attack trickled in.

US urges citizens in Saudi Arabia to ‘stay alert’

The US Consulate General in Dhahran urged US citizens to review precautions to take in the event of an attack and "stay alert" in case of additional attacks.

The consulate general cited reports of possible missile attacks and explosions in the area of Dhahran, Dammam, and Khobar, saying “regional actors hostile to Saudi Arabia have conducted destructive and sometimes lethal attacks against a variety of targets.”

Saree said the attacks hit Aramco facilities and military sites in Asir province and the cities of Dammam and Jizan. He also said the Yemeni army shot down a Saudi reconnaissance plane over Yemen’s Jawf Province.

The attacks are the most serious against Saudi oil facilities since a September 2019 operation against a key processing facility and two fields. That attack was claimed by the Ansarullah movement, while Riyadh and Washington put the blame on Iran.