Wednesday, 10 March 2021 (YJC)_ German police said they had arrested a man over an attempt on the Chinese embassy in Berlin. 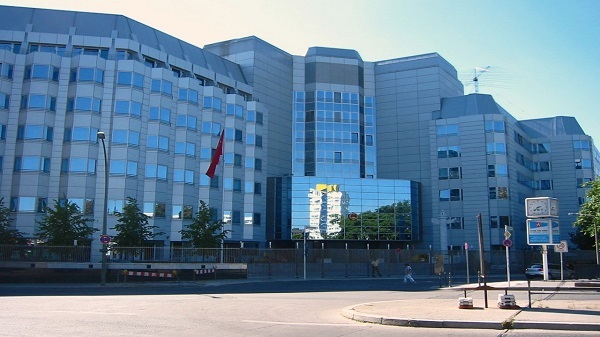 German police said Wednesday they had arrested a man over an apparent early-morning arson attempt on the Chinese embassy in Berlin.

"This morning, police officers arrested a man alleged to have thrown several incendiary devices onto the premises of an embassy on Brueckenstrasse," police in the German capital said in a statement.

Though they did not specify which embassy had been targeted, China is the only country with an embassy on Brueckenstrasse, a street linking the central Berlin districts of Mitte and Kreuzberg.

According to police, the suspect allegedly threw the devices over the wall of the embassy grounds at 6am on Wednesday.

"The devices smashed at the foot of one of the walls of the embassy building, and embassy staff put out the fire with an extinguisher," the statement said, adding that nobody had been injured.

Security guards who had witnessed the assault later detained the suspect, a 42-year-old, at a nearby crossroads until the police arrived to arrest him.

The police did not provide any further information about the suspect, nor on any possible motive, but said criminal investigators had taken over the case.