Thursday, 11 March 2021_The 37th edition of Iran’s International Quran Competition wrapped up in Tehran on Wednesday. This year, the contest was held in a virtual form and pre-recorded performances of participants were played for the jury. 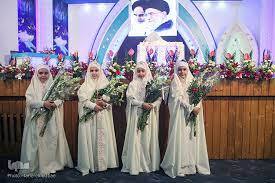 During the closing ceremony, a choral recitation of verses from the holy Quran was performed by an Iranian group in the presence of high-ranking officials, including Iranian Parliament Speaker Mohammad Baqer Qalibaf.

The contenders were mostly from Indonesia, Nigeria, Burundi, Iran, Uganda, Pakistan, Senegal, Turkey and Afghanistan. Iran’s Charity Affairs Organization organizes the event every year. The final round of this edition was held in three sections: men, women and Muslim seminarians.

The motto of this year’s edition is “One Book, One Ummah,” and Quran experts from Iran, Iraq, Syria, Indonesia, Malaysia and Jordan evaluated the performances.