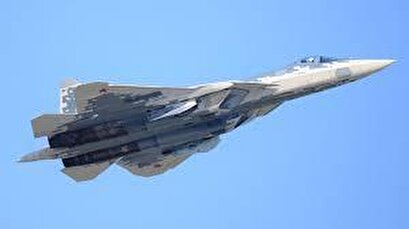 The spokeswoman for Russia’s Federal Service for Military and Technical Cooperation (FSVTS), Valeria Reshetnikova, made the remarks on Friday, the TASS news agency reported.

“As for Ankara’s potential plans of purchasing Russian Su-35 and Su-57 fighters, it should be noted that the Turkish side has been informed about their technical specifications in full. If there is a request from Turkey for these planes, we are ready for negotiations on this issue,” she said.

Led by Dmitry Shugaev, the FSVTS is a federal executive body responsible for control and oversight in the field of military-technical cooperation between the Russian Federation and foreign countries. It is under the direct authority of the Russian Ministry of Defense.

Turkey, a NATO member state, has already purchased the Russian S-400 missile defense systems. Ankara and Moscow had finalized an agreement on the delivery of the S-400 missile systems in late 2017.

The move angered the United States and the US-led NATO, prompting Washington to impose sanctions on Turkey over the purchase late last year, alleging that the Russian systems are not compatible with the military hardware owned by the other countries of the Western military alliance.

Ankara condemned the US move as a “grave mistake” that would inevitably harm mutual relations and threatened retaliation.