US urges international community to designate Hezbollah as a terror group

Tuesday, 16 March 2021 (YJC)_ The United States called on the international community to push ahead with designating Lebanon’s Hezbollah as a terrorist organization. 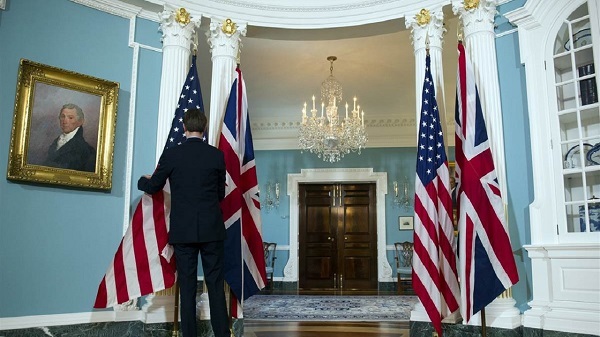 The United States Tuesday called on the international community to push ahead with designating Lebanon’s Hezbollah as a terrorist organization in its entirety, shortly after a delegation from the group met with Russia’s foreign minister in Moscow.

On Monday, the head of Hezbollah’s parliamentary bloc led a four-member delegation to meet with Russia’s top diplomat, Sergei Lavrov.

A State Department official condemned the visit and the invite from Russia. “We urge all countries to reject the false distinction between Hezbollah’s so-called ‘military’ and ‘political’ wings and to take action with respect to the group in its entirety as a terrorist organization,” a State Department spokesperson told Al Arabiya English.

“Hezbollah is designated as a Foreign Terrorist Organization and as a Specially Designated Global Terrorist under US law,” the spokesperson added.

Hezbollah’s TV station, Al-Manar, quoted Mohammed Raad, who headed the delegation to Russia, as saying the meeting touched on developments in Lebanon and Syria.