Thursday, 18 March 2021_Thousands of Asian Americans have been targeted by racial verbal and physical attacks since the beginning of coronavirus epidemic, a study shows. 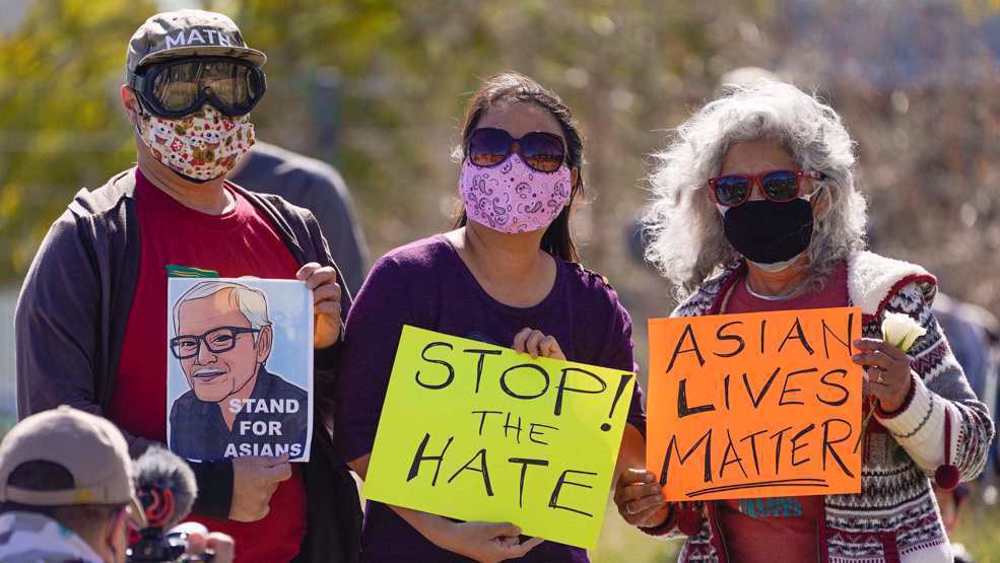 According to a report by Stop AAPI Hate published on Tuesday, Asian Americans have reported 3,795 hate-related attacks from 19 March 2020 to 28 February 2021, a number that many believe is just the tip of the iceberg.

Meanwhile, the advocates and human right groups pin the blame on former US President Donald Trump, saying that the Republican president’s anti-China rhetoric, especially after the COVID-19 pandemic, has intensified violence against Asian Americans.
Three shootings at massage parlors in and around Atlanta, Georgia, left eight people, six of them women of Asian descent, dead.

The attacks began at about 5 p.m. local time when five people were shot at Young’s Asian Massage in Cherokee County, about 40 miles north of Atlanta, according to Captain Jay Baker of the Cherokee County Sheriff’s Department.

Two of the victims were pronounced dead at the scene and three were taken to hospital where two more died of their injuries.

Among the dead were two women of Asian descent along with a white woman and a white man, Baker said.