War movies should not invite world to war

Tehran, YJC. Iranian filmmaker discusses concerns over the war cinema.
Filmmaker Abbas Kiarostami who has been the source of much controversy in the past few days for his speech at Syracuse University, US has in a recent reaction to an Iranian warm filmmaker said that motion pictures should not invite people to war.

Kiarostami had in his film workshop said that the Iran-Iraq war had no meaning. 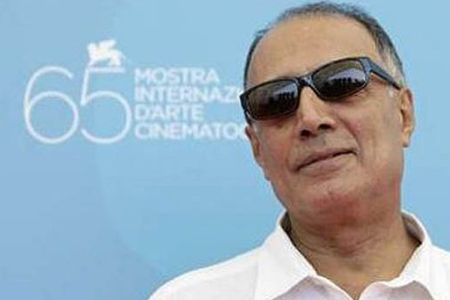 "I believe that war is futile and that is something that cannot be looked at with doubt. But the side that starts the war, not the one which defends, is responsible for it. Yes, I still say and will not back down a bit saying that we were caught in a war that made no sense. But the war was imposed on us, we did not want to be part of this meaningless war. It is true that both sides have a share in the war, but the one that starts the war is responsible.”

"As you know, I have hold filmmaking workshops in many countries, which is thanks to the films that belong to the Iranian cinema. In this workshop which was held in Syracuse University_ and I do not know how it was filmed and why is it being released after 6 months_ I explain the filmmaking approach for the pictures that are against Hollywood. In this workshop something interesting came up. In a country itself responsible for many international wars, they had classified films and in that 3-month semester they told the attendants how to make each class of film. They even got instructions for immoral films, that is, people can’t make movies anyway they want. As for war films, I remember they had a sort of Ten Commandments and I remember some of them. For example the first point was not to make war films, and if we do, what things we should have in mind. When they say war film, it is different from a film about defense. Defense has to be considered separately from war. The other point is that you should not create false excitement, not create heroes, and in man-to-man combat, not to shoot someone you run into, and what other things to do in order to make a healthy film that doesn’t invite the world to war. Those instructions said that war and violence movies have to be mixed with a little fun; something that Tarantino did in Pulp Fiction and received the Palme d’Or from Cannes. That is, fun, soothes a great load of the violence of the movie. This was what was talked about in that university of which parts have been selected to be cast on cyberspace.”