Tehran, YJC. The Iranian Foreign Ministry summoned Pakistan’s ambassador to Tehran for terrorist attacks around the two country’s joint border in which Iran suffered a number of casualties last week. 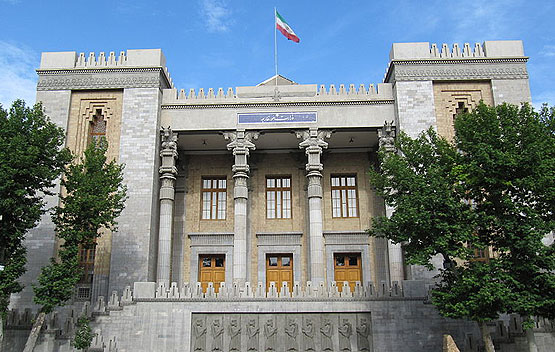 Director General of the Foreign Ministry’s West Asia Office Rasoul Eslami in a meeting with the Pakistani Ambassador to Tehran Nourmohammad Nadmani stated "We cannot have it that a number of terrorists and thugs attack our country from the Pakistani land, where they have attacked and killed our border guards.”

He expressed serious concern over the terrorists’ use of Pakistan’s territory and demanded swift action in coping with the terrorist groups.

Eslami added "The friendly atmosphere that exists between the two countries must not be defiled with such incidents. Officials have to find a way and stop enemies of the two nations from succeeding in acting out their schemes.”

The Pakistani official in turn expressed sorrow over the deaths and injuries suffered by Iranian border guards. He also maintained that he would convey Iran’s objections to his country and pursue the issue.

On October 8, 3 Iranian police officers were killed when they were attacked overnight by armed bandits while on a mission in the city of Saravan in the southeastern province of Sistan-Baluchestan.

Hours after the first incident, another police officer was killed when an explosives-laden car was taken to the police station by terrorists and the explosives went off.