Tehran, YJC. Yesterday we talked about the symbolism of Nowruz, today its mythological origins will be discussed.

Nowruz has its mythological origins as well among the Persian. At the same time as the change in season and turn of prospects for greenery and livestock is considered the main point behind Nowruz celebrations, there are a number of myths presented for its origins.

The most famous story that the Persian believe to have instigated the Nowruz tradition is the story of Jamshid the king. One account says that after his return from the heaven on his throne which was carried by genies he announced the day as Nowruz. He celebrated the day and set rituals to which other kings and lands also gave heed. 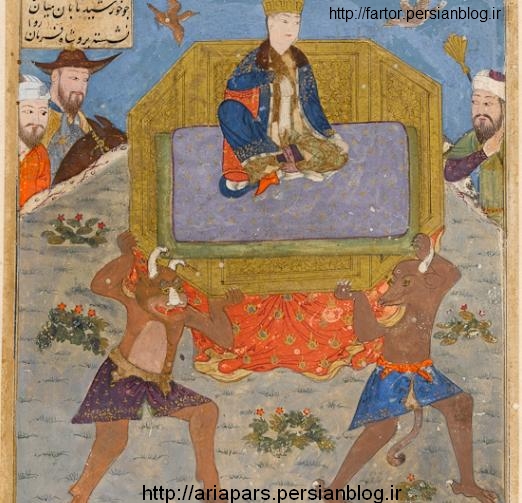 Khayyam writes that Jamshid called the return of the sun to the Aries Nowruz [new day].

In the Achaemenid Empire Nowruz was held with great admiration on which the magi presided. The official celebrations were held in Persepolis. There are portraits of the celebrations sculpted on the walls of Persopolis. 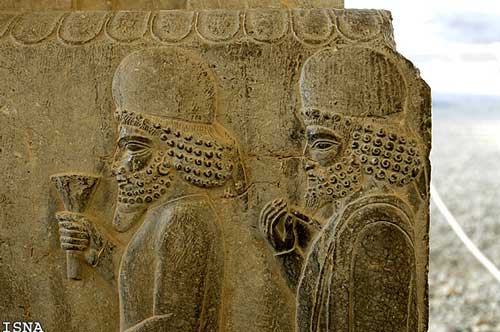 The images of pine trees at the background of the celebration scenes sculpted at the same time as indicate the appreciation of greenery and life, may also have close originations as that of the Christmas tree.

In the Nowruz days representatives from lands near and far brought the king the best presents they could provide. 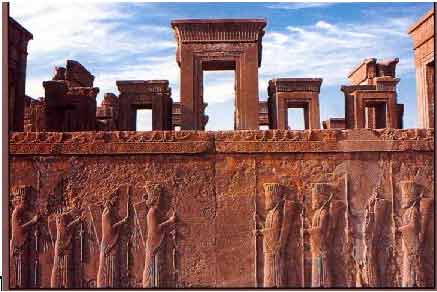