CANBERRA, Jan 10, 2015 (AFP) - Qatar's very own "Maradona" is desperate for Asian Cup success after missing out on his country's Gulf Cup triumph through injury last November. 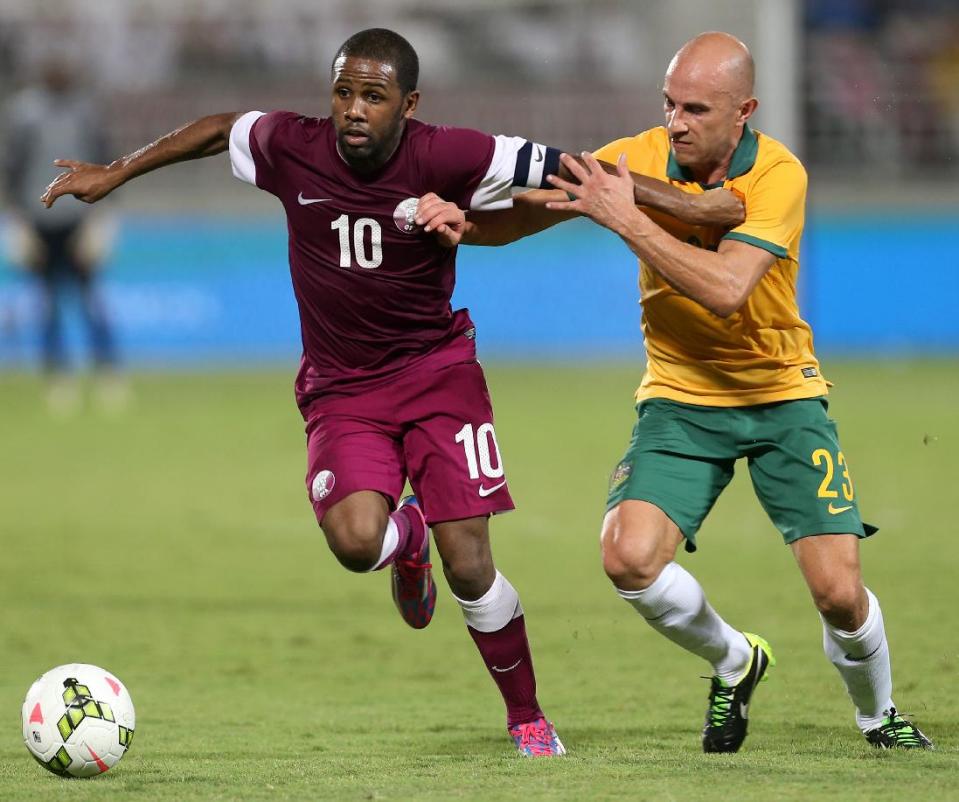 Khalfan Ibrahim -- dubbed the "Maradona of Qatar" because of his trickery and sublime dribbling -- can be one of the stars of the tournament, Qatar boss Djamal Belmadi said on Saturday.

"He has played eight years for the national team and hasn't won a major trophy because unfortunately he was injured for the Gulf Cup," Belmadi told reporters in Canberra.

"So, for sure, he has a lot of ambition personally and also he knows that now he is in a team that has won already.

"Everybody wishes that he can reach his individual target and of course a collective target of having a great competition with the team," the Algerian added.

Left-winger Ibrahim has already scored 22 goals for Qatar in 81 appearances and some of them have been truly stunning.

The former Asian player of the year shot to fame when he bagged an amazing individual goal for Al Sadd in Qatar's season-ending Crown Prince Cup in 2012.

The 26-year-old picked the ball up deep in his own half before dribbling it around several opposition players and banging it past the goalkeeper, a goal reminiscent of Diego Maradona's solo cracker against England in the 1986 World Cup.