Sheikh Munajjid a prominent Saudi Arabian cleric argued that to build a snowman was to create an image of a human being, an action considered sinful under the kingdom's strict interpretation of Sunni Islam. 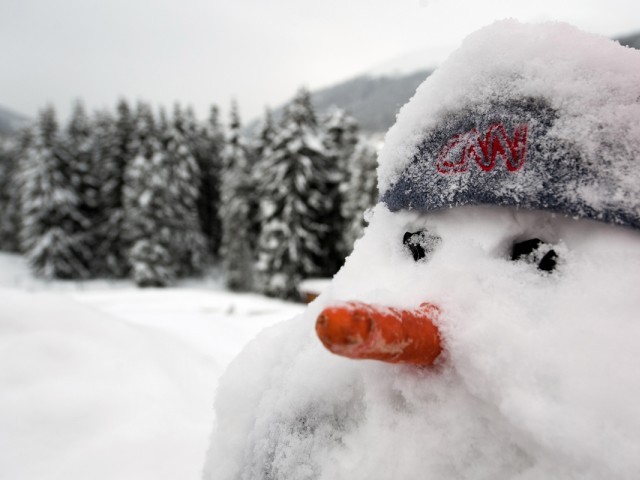 Sheikh Munajjid has whipped up controversy by issuing a religious ruling forbidding the building of snowmen, described them as anti-Islamic.

Asked on a religious website if it was permissible for fathers to build snowmen for their children after a snowstorm in the country’s north, Sheikh Mohammed Saleh al-Munajjid replied: "It is not permitted to make a statue out of snow, even by way of play and fun.”

Quoting from Muslim scholars, Sheikh Munajjid argued that to build a snowman was to create an image of a human being, an action considered sinful under the kingdom’s strict interpretation of Sunni Islam.

"God has given people space to make whatever they want which does not have a soul, including trees, ships, fruits, buildings and so on,” he wrote in his ruling.
That provoked swift responses from Twitter users writing in Arabic and identifying themselves with Arab names.

"They are afraid for their faith of everything … sick minds,” one Twitter user wrote.
Another posted a photo of a man in formal Arab garb holding the arm of a "snow bride” wearing a bra and lipstick. "The reason for the ban is fear of sedition,” he wrote.

A third said the country was plagued by two types of people: "A people looking for a fatwa (religious ruling) for everything in their lives, and a cleric who wants to interfere in everything in the lives of others through a fatwa,” the user wrote.

Sheikh Munajjid had some supporters, however. "It (building snowmen) is imitating the infidels, it promotes lustiness and eroticism,” one wrote.

"May God preserve the scholars, for they enjoy sharp vision and recognise matters that even Satan does not think about.”

Snow has covered upland areas of Tabuk province near Saudi Arabia’s border with Jordan for the third consecutive year as cold weather swept across the Middle East.