KABUL, Jan 17, 2015 (AFP) - Afghan President Ashraf Ghani on Saturday condemned the decision by French magazine Charlie Hebdo to show a cartoon of the Prophet Mohammed on its cover following a deadly attack on its offices by Islamist gunmen. 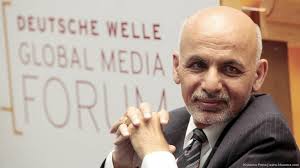 Ghani blasted the cartoon as "an insult to the sacred religion of Islam and the Muslim world", a statement from the presidential palace said.

The satirical magazine's new cover has angered many Muslims worldwide, sparking protests from Pakistan to Niger, as depictions of Mohammed are widely considered forbidden in Islam.

"President Ghani on behalf of the Afghan nation condemns this insulting act, and termed it desecrating the religious values," the palace said, describing the magazine's decision to publish it as "irresponsible".

Wednesday's issue of Charlie Hebdo was the first since brothers Cherif and Said Kouachi gunned down 12 people at the magazine's Paris offices on January 7 over such cartoons.

Ghani had strongly condemned the bloody assault on the magazine, branding it "heinous".

The cover of Charlie Hebdo's "survivors' issue" shows the prophet with a tear in his eye, under the headline "All is forgiven".

There were protests across deeply conservative Afghanistan in 2012 over earlier cartoons by the magazine showing the prophet, as well as over a US-made anti-Islam film.