Head of the Atomic Energy Organization of Iran (AEOI) announced on Monday that the second nuclear power plant in southern port city of Bushehr is planned to come into operation by the next eight years Tasnim news agency reported. 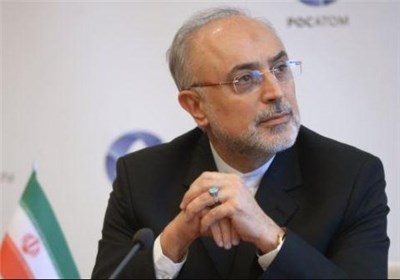 Speaking to reporters on the occasion of the Clean Air Day on Monday, Ali Akbar Salehi underlined the importance of nuclear power plants’ role in creating pollution-free air.
He pointed to Iran's plans to increase use of nuclear energy, and stated, "The second Bushehr nuclear power plant will join the country’s national grid by the next 8 years and the third (nuclear power) plant will be constructed two years after that."
Iran has said it aims to produce 20,000 megawatts of electricity from nuclear power.
Iran's only nuclear power plant in Bushehr, which produces 1,000 megawatts, became officially operational and was connected to Iran’s national grid in September 2011.
In December 2013, President Rouhani said that the construction of the second nuclear plant in Bushehr will soon kick off and that there will be nuclear reactors in most parts of Bushehr province, which has a long coast on the Persian Gulf.
Share to
Tags
Iran ، nuclear ، Bushehr ، Power Plant
Your Comment