SYDNEY, Jan 20, 2015 (AFP) - Australian Prime Minister Tony Abbott said Tuesday that a protest by asylum-seekers angry at their detention at an immigration centre in Papua New Guinea had been broken. 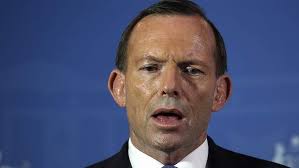 Protests broke out at the Manus Island facility last week, with refugee advocates saying hundreds of inmates were on hunger strikes as they fought against being permanently resettled in the Pacific nation.

"There was a well organised, well coordinated protest in some parts of the Manus centre. It amounted to a blockade," Abbott told reporters in Sydney.

"That blockade has now been broken," he said, praising the efforts of security staff backed by PNG police who entered the compound on Monday and reportedly removed protest ringleaders and allowed dehydrated protesters access to medical treatment.

"The important thing is that order has been restored," Abbott added. "The blockade of the compound had been lifted."

Since July 2013 the Australian government has sent asylum-seekers arriving on unauthorised boats to Papua New Guinea's Manus and the small Pacific state of Nauru and denied them resettlement in Australia even if they are genuine refugees.

The policy has withstood constant criticism from refugee advocates and rights groups, with Canberra arguing that it is safeguarding Australia's maritime borders, cracking down on people-smuggling and preventing the deaths of asylum-seekers at sea.

Immigration Minister Peter Dutton said a "degree of force" had been used at Manus but stressed it had been appropriate.

He said the situation remained volatile but denied that tensions were similar to those in February 2014 when an asylum-seeker died in violence at Manus and another had his throat slit but survived.

Dutton said the hunger strikes could still continue, but warned they would not prompt a policy change.

"There will still be some people who will refuse to take water or food or will self-harm, and we don't want to see that," he told the Australian Broadcasting Corporation.

Dutton said the government was committed to its policy of refusing to resettle asylum-seekers who arrived on unauthorised boats, and negotiations to send some to Cambodia were progressing well.

Canberra signed a deal with Phnom Penh in September to allow those granted refugee status in Nauru to permanently resettle in Cambodia, one of the poorest nations in Southeast Asia, triggering widespread criticism including from the United Nations.