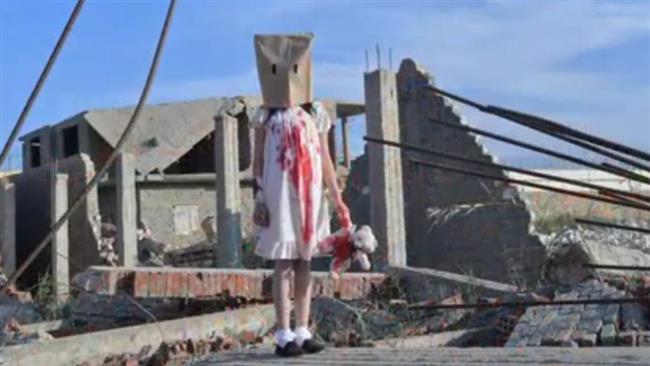 On Tuesday, the ministry said that the five residents of Port Said, on the Suez Canal, were apprehended while a 12-year-old girl named Ragd was posing for 21-year-old Mustafa, who said that he "normally photographed weddings and ceremonies, but had an idea for something else.”

"In a conversation with them, the suspects revealed that they had shot a series of scenes to be spread on social media, as actual pictures from Aleppo,” said the ministry.

It added that the house in the pictures had been slated for demolition by the authorities and that the blood was actually red paint smeared on the girl, her fake bandages, and her toy.

This is not the first time hoax pictures have been used to shape public opinion on the situation in Aleppo, which until recently was divided between militants and Syrian government forces.

On December 16, Russia announced that the Syrian military was in full control of the militant-held eastern Aleppo. Since then remaining militants and their families are being evacuated.

One of the more notorious incidents was a picture which was shared thousands of times over social media and showed a girl running through a debris-filled street. Its caption reads "Girl running to survive, all her family have been killed. It’s not in Hollywood. This real in Syria.” The image was actually cut from a Lebanese music clip.

Since March 2011, Syria has been hit by militancy it blames on some Western states and their regional allies. The so-called Syrian Observatory for Human Rights and the UN have put the death toll from the Syria conflict at more than 300,000 and 400,000, respectively. This is while the UN has stopped its official casualty count in Syria, citing its inability to verify the figures it receives from various sources.
(Press TV)
Share to
Tags
Egypt ، Aleppo ، photo ، photo
Your Comment