Dark Days for Humanity: Clinton and Trump Are Cut from the Same Imperialist Cloth

When “President of Change” Barrack Obama took office in 2009, he made an eloquent plea for sanity and peace. For this, he got a Noble Peace Prize. 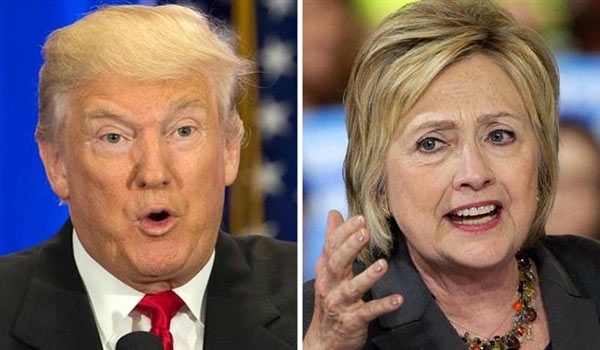 Now near the end of the "antiwar president’s” tenure in office, it seems just the opposite has happened. The Noble Peace Prize winner failed to end America’s dirty wars in Iraq and Afghanistan that his predecessor, George W. Bush, had gotten the country into. If the United States remains in combat in Afghanistan, Iraq, Syria, Libya, and Yemen until the end of Obama’s term - a near-certainty given his recent decision to send additional Special Operations forces to Syria and escalate the war on Libya - he will leave behind an improbable legacy as the only president in American history to serve two complete terms with the nation at war.

This only means one thing: The next president of the United States will enjoy limitless war powers as well, and both presidential nominees, Hillary Clinton and Donald Trump are in the know. The unabashed militarists are seeing no shame or dysfunction in America’s illegal wars overseas, and seemingly promising to escalate current wars or begin new ones.

To this end, the militarist candidates have made commitment to rebuild the US military, and to defeat "Islamic supremacist adversaries.” Trump has "secret plans” to defeat ISIL and openly advocates torture. He refuses to take any cards off the table, including nuclear weapons. He also believes that the United States should ban Muslims from entering the country.

Likewise, Clinton is "trigger happy” – with a record to prove it. The Democratic nominee thinks the United States has a right to invade Muslim countries. Her notorious hawkish record as former foreign secretary of state includes her vote to invade Iraq in 2003, her leadership in the 2011 overthrow of the Libyan government, and her ongoing and highly problematic call to impose a no-fly zone in Syria.  It seems like there isn't a country in the Middle East Clinton and Trump don't want to invade – again.

It’s a bi-partisan race to the top on militarism and endless wars, and it's here that both nominees are cut from the same imperialist cloth. They provide no hope when it comes to ending America’s dirty wars and military misadventures in the Middle East. Trump agrees with George W. Bush that it’s okay to torture prisoners in the name of fighting terrorism while Clinton agrees with Benjamin Netanyahu that it’s okay to bombard crowded civilian neighbourhoods in the name of fighting terrorism. Trump supports building a wall on the border to keep Mexicans out of the United States, while Clinton supports Israel building a wall far beyond border to keep Palestinians out of Palestine.

Taken together, Hillary Clinton and Donald Trump are one and the same person, with a surprising amount in common. They both present variations on the same foreign policy theme: intervention and war, only applied in different ways as they pander to different coalitions of special interest, lobby, and ideological groups. Even where they seem to differ, their planned foreign policy tools are the same: putting America’s military and political nose in other countries affairs as long as it’s for the "right” reason.

Both are interventionist foreign policy activists too. Clinton says nothing will change under her watch in the White House. America will remain a policeman of the world, intervening when necessary and called for, with the appropriate mix of political, economic and military involvement in the affairs of other countries, and in partnership with US allies.

Critics of Trump have attempted to paint him as an "isolationist” with his rhetoric of "America First.” But in fact he has made it clear that America will continue its military presence around the globe too; he just wants better "deals” about who pays for American meddling and the umbrella military cover for those Arab regimes in the Middle East and other parts of the world that Trump defines as in America’s interests.

That said, the next president of the United States, like his or her predecessor, will have no hesitancy bringing American military force to bear, when he or she deems it necessary to thwart "threats” or necessary regime changes in other lands viewed as important to US security and related interests. The unabashed militarists are the end products of US imperialism now competing for best imperialist. Expect more dirty wars and regime-change misadventures as of next year.
(Fars News)
Share to
Tags
Clinton ، Trump ، Imperialist
Your Comment