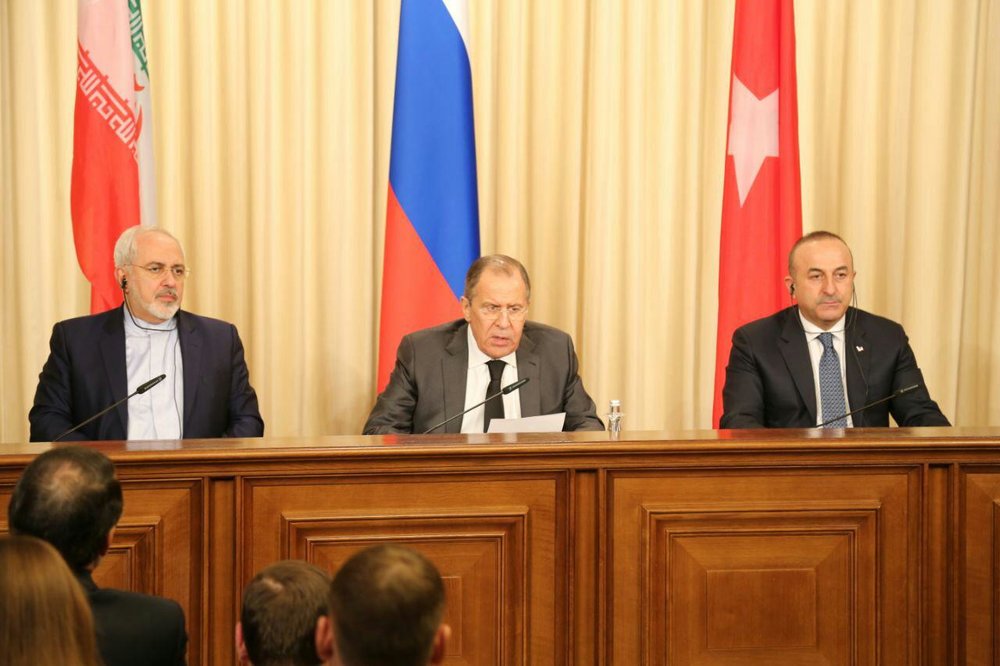 The statement came after foreign ministers of Iran, Russia, and Turkey - the three regional powers most deeply involved in the Syrian conflict - met for an unprecedented summit in Moscow.

Russian Foreign Minister Sergei Lavrov, who read out the statement, said they had reached significant agreements.

"Iran, Russia and Turkey are ready to assist in preparing the agreement in the making between the Syrian government and the opposition and to become its guarantor," Lavrov told a press conference attended by his Iranian and Turkish counterparts.

He added, "The ministers agree with the importance of widening the ceasefire, of free access for humanitarian aid and movement of civilians on Syrian territory.”

Turkey has been longtime backer of Syrian opposition groups while Russia and Iran have strongly supported the government of Bashar al-Assad throughout the five-year war.

Turkish President Recep Tayyip Erdogan has recently dropped his demand that the Syrian president step down from power.

The summit in Moscow vividly illustrated the new power dynamics around Syria, as former rivals Russia and Turkey sat across the table from each other while the U.S. was not even invited to the talks, the Telegraph reported on its website.

The talks took place under the shadow of the assassination of the Russian ambassador to Turkey but the killing did not seem to hamper discussions.

The Iranian foreign minister’s bodyguards could be seen closely watching the Turkish security men, perhaps out of fear that one of them would pull out a gun.

Russia, Iran and Turkey are determined to cooperate in combating Daesh and Jabhat al-Nusra, Lavrov said.

"Russia, Iran and Turkey confirm their determination to cooperate in combating the Islamic State (Daesh) and Jabhat al-Nusra as well as in separating armed opposition groups from terrorists,” Lavrov remarked.

During the trilateral meeting, Iranian Foreign Minister Mohammad Javad Zarif said that fighting terrorism in Syria or anywhere else must go unabated.

"Today’s trilateral meeting is important for future of Syria. We are on the belief that the Syrian crisis should be resolved politically and there is no other option,” Zarif explained.