Iran plans to launch into space a national remote-sensing satellite under Iranian management by the next two years, said Iranian Minister of Communications and Information Technology Mahmoud Vaezi.
Iran i 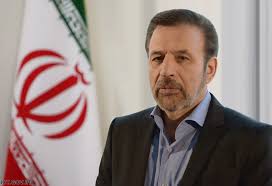 s producing telecommunications and remote-sensing satellites as it is pressing ahead with building and launching home-made satellites.

He also referred to talks with countries owing satellite know-how, and said Iran and a Russian company agreed on building remote-sensing satellites.

"We will launch into space a national remote-sensing satellite under Iranian management by the next two years. We are also in talks with certain countries on national telecommunications satellites.”

Iran successfully placed into orbit the domestically-made Fajr (Dawn) satellite in February, 2015 which is capable of staying in the space for 1.5 years while taking and transmitting high-quality and accurate pictures to stations on earth.

Fajr satellite is technically characterized by an orbit which could promote from 250 to 450 kilometers through a thruster or an engine.

It is the new generation of Omid (Hope) satellite, which was designed and manufactured by Iranian experts in 2009.

The country is one of the 24 founding members of the UN Committee on the Peaceful Uses of Outer Space, which was set up in 1959.