A senior Iranian official said that the UN resolution on Aleppo is likely to fuel tensions in Syria. 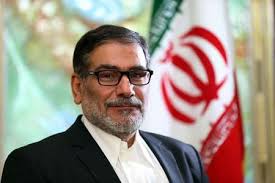 He then referred to victory of Syrian strategic Army and Resistance fighters in Aleppo, and said "Resistance of Syrian nation and government against terrorists is a successful example for regional states and a tough response to countries and coalitions backing terrorists flagrantly.”

He further noted that Resolution 2328 of the UN Security Council has not taken into account conditions of problems of people and the role of Syrian government.


Shamkhani continued that Western countries and the sponsors of terrorists had a history of taking advantage of ceasefires to strengthen militants, and underlined the need for measures aimed at cutting support for terrorists.

"Instead of biased resolutions and statements, serious resolve is required to block the funneling of arms, forces and financial aid” to militants in Syria,” he said.

On Monday, the UN Security Council unanimously approved a resolution urging the immediate deployment of UN monitors to watch over evacuations from Aleppo.

The adoption of the UN resolution comes as the process of evacuation of formerly militant-held eastern Aleppo resumed on Wednesday after being halted for a day.

The Aleppo evacuation is part of a fragile ceasefire deal, brokered by Turkey and Russia last week, which also allows residents of militant-besieged Foua and Kefraya in the neighboring province of Idlib to leave the two villages. Earlier, the militants attacked buses used to evacuate civilians in the two villages and set them on fire.