A new report reveals that the overall number of homeless households in England has increased by about 40 percent over the past six years, highlighting that homelessness is a growing crisis across the UK. 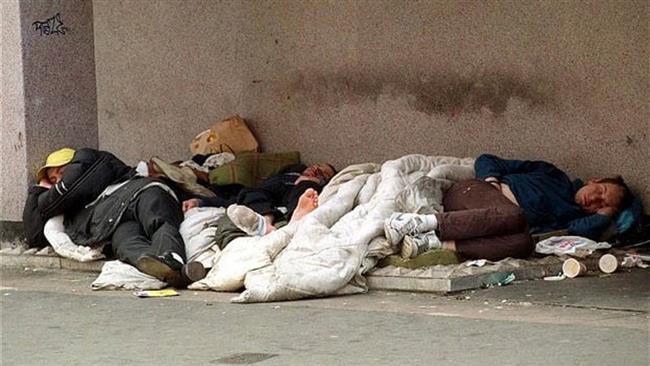 The report, released by the Department of Communities and Local Government, says that from 2010 to 2016, the number of households accepted as being homeless went up from 42,000 to 60,000.

But the increase in homelessness was disproportionately high for the most vulnerable, including those with mental illness and physical disability.

Britain has been pushing painful austerity measures since 2010 to cap its budget deficit, targeting key benefits helping the homeless.

John Healey, the shadow housing minister, said the figures undermined the claim in the Conservative Party's 2015 manifesto that "we measure our success not just in how we show our strength abroad but in how we care for the weakest and most vulnerable at home.”

"Since 2010, homelessness has risen dramatically on all fronts with almost 60,000 households becoming homeless last year. These figures show that some vulnerable groups have been particularly hard hit.”

Shelter, Britain’s leading charity for the homeless, warned earlier this month that the number of homeless people in the UK was rapidly rising and thousands risked losing their lives as winter approached.

Homelessness is at its highest rates in central London, with as many as one in 25 without a home in Westminster and one in 27 with nowhere to live in Newham, the recent analysis shows.
(Press TV)
Share to
Tags
homelessness ، UK ، crisis
Your Comment