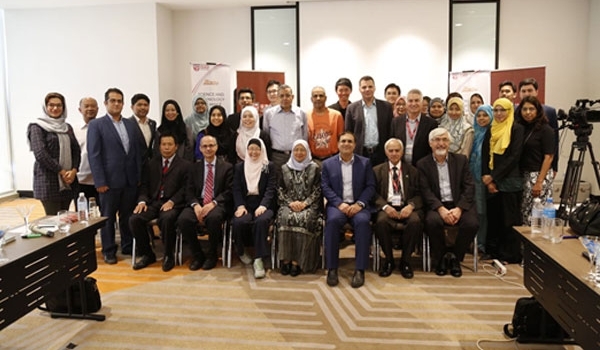 Around 200 Muslim scientists and researchers from across the world have congregated on the Malaysian prominent University of UPM to attend the STEP forum.

Unlike the first and the second days, the third day of the forum centered on latest scientific findings.

Scientists took the stage to share with their fellow scientists what’s new in their field of expertise. Jackie Ying, a Singaporean Bio-Nanotechnologist told other delegates of the forum about "Advanced Nanostructured Materials for Biomedical and Green Chemistry Applications”.

Jackie Ying is one of the laureates of the Mustafa(PBUH) Prize in 2015.

She received the award for her "outstanding contributions” to the synthesis of well-designed nanostructured materials and systems. She developed nano-particles capable of auto-regulating the release of insulin based on the blood glucose levels. The new piece of technology obviates the need to monitor blood glucose by finger pricks, and allows insulin to be delivered orally or through naval passage, instead of relying on injection.

Professor Jackie Ying and other Muslim scientists have more to share during the STEP forum which will continue until December, 23rd.
TEHRAN (FNA)
Share to
Tags
Mustafa ، prize ، scientist
Your Comment